For the past couple of months my community has been tearing itself up around a guy who is guilty of low level stalking.  A few days ago (after his imminent expulsion was assured) he dropped membership and moved on.  I have wanted to write about this since it got hot here about a month back, but knew it would be better if i waited until it resolved by his departure. 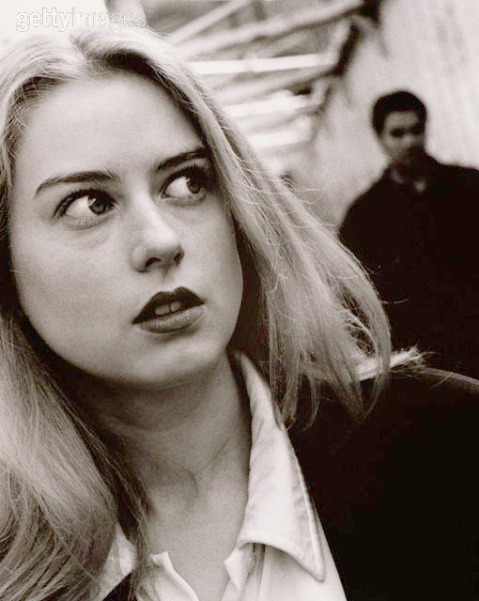 And it pointed out some significant holes in our membership process.  Sadly,  it also at least fractured and probably broke at least one of my friendships here trying to push our system faster than it wants to go.  At it’s basis the structure we have makes sense.  Our harshest sanction (and one of the few we have) is expulsion.  Because we have so few sanctions the process for it is quite complete, and it is designed to protect the rights of the member who might lose their home, job and access to their friends.  We have only a skeleton of an internal justice system here, with no police, no jail, no courts.  But occasionally this careful process fails us, as it did with this member who i will call Jack.

Jack started obsessing about a gal who lived here and she then asked him to stop showing up on her doorstep. So he started writing her letters, she asked him to stop this and all contact to her.  Then he started telling other members and visitors and guests how they were in love.  Because he kept moving his attentions away from areas where he had been asked not to focus on them, he was not running over our agreements.  But when he moved on from this first member there was another woman who did not want his attention and he continued to court her. She was friendly but clear to him and he “just did not get it”.  The thing which probably cost Jack his membership is just a couple weeks ago it came out that he forced a friend of his to kiss him at New Years when he was drunk.  It does not matter that he was drunk.  It does not matter that she was his friend (and thus did not step forward about this until it was clear other women were being victimized by him).  This is a clear violation of our non-violence agreements. 33 members voted to start the expulsion hearing.  12 thought other process (mostly a feedback) was a more appropriate next step.

Our planners read our policy carefully before making a choice and the policy says that unless there is  imminent danger, the community should not jump to starting the expulsion process around an individual and should exhaust lower lever tools (like a feedback and one on one conflict meidations) for trying to resolve the conflict.  They looked at the offenses Jack had committed and decided that despite the anxiety of those directly effected by him, there was not an imminent danger.  So they choose to call a feedback on him instead of starting the explusion process.  As you might imagine this enraged a number of people.  In part because it felt like our democratic efforts were being thwarted and in part because there was a disagreement over the issue of imminent danger.  Angie observed “the scariest part of being a victim of stalking, and why tolerating or ignoring it is so dangerous, is that you cant tell if or when delusional obsession will turn into a violent action.”

Collectively, i beleive, we blew it in taking care of those most negatively impacted by Jack’s actions.  The process designed to protect his membership from being terminated forced those ill effected to be with him in community setting for almost a week when he came back from the hospital and his mothers place after recovering for a manic episode he had a month back.   Fortunately, even tho the planers were willing to go forward with the slower process, Jack saw the writing on the wall and left the day after they made their decision which was also the day after the votes to have an expulsion hearing were counted.

Like many healthy systems, we will try to use problems associated with difficult situations to try to repair our policies so we dont have the same problems in the future.  We have already set up a sexual assault advocacy team, which would deal with this type of situation diffrently than our bureaucracies did this time.  But i dont think this is enuf, i think we need a snap poll, which is non-binding but still informative, where members can communicate to our teams and executive planners their feelings about an individual and particularly if there is a need for someone to be off the farm while we are processing concerns about their behavior and membership.  More on this soon.