[Update on Oct 21st the NRC did not decide to restart the North Anna reactors and this prediction turned out to be true.  The reactors did restart on Nov 14, 2011]

If we don’t live our dreams no one will.  My dream is that the reasonable can be made into a reality this month.  The reasonable is that the local nuclear power plant which has been closed down for a month stays closed, because it was not designed to handle the earth quake that has just happened.  Much less the one that might be right around the corner.  It should stay down until it can be retrofitted to standards well above what we experienced on Aug 23rd.  And if this turns out to be too expensive for Dominion, then they will simply have to close the plant down and let the 400 workers go.

But i don’t want to talk about North Anna beyond this month namings exercise.  I want to write very briefly about the Occupy Wall St actions.  I want to start by saying i know dangerously little about these actions, but i have looked at these fascinating articles that have been pushed my way.  The first is on the Five Things the Protester did Right, in Dissent Magazine.  This article was sent to me by one of my favorite intellectual radicals, (I)An-ok, who has other names which are boring.  (I)An-ok thought this article was in my style of writing, which i find flattering but slightly off, because the articles is all about memetics, without quite naming it so.  Building momentum, seizing symbols, requiring self replication through clever construction. And while i would not expect them to mention the term “funology” which i have popularized, it is definitely the case that the movement is inspired by the funological principal that great events change people’s lives.

One of the most beautiful parts of this protest is the string of sexy posters they have created. 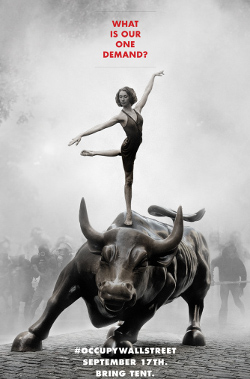 So i am calling October “no restart” because we don’t want life to restart as the mundane thing that was happening before the earthquake knocked my neighborhood reactor off line and before these clever revolutionary memeticist funologists occupied the rotten core of capitalism. 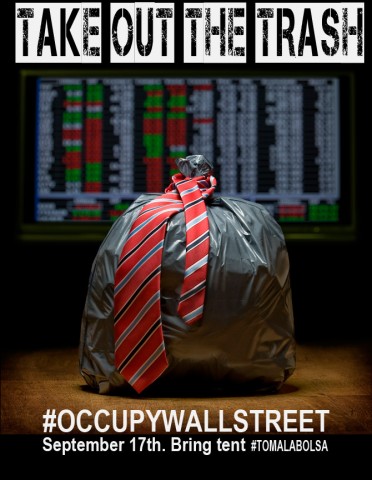