What is a super meme? A super meme is a self-replicating idea that is so powerful and popular that once it is identified and expressed it transforms society. Examples of super memes include: Christianity, Communism, Darwinism, Islam, the sexual revolution and 12 step programs. Super memes are also called irresistible ideas.

Why a super meme design group? The prevailing collection of super memes have failed us as a culture, they have not produced societies that value fairness, sustainability, peace. The design of a super meme is complex work; it involves identifying principles and hooks that are attractive to many listeners and encourages behavior that propagates the meme. Successful memes have a positive feedback mechanism, thus growing the influence of the idea and improving their chances for spreading with every step.  A super meme design group would work to craft memes which we felt would shift culture and consciousness in a sustainable and fair direction.

Monotonic Improvement (aka “getting better all the time”): This principle calls for the meme (or a portion of the meme) to be implementable all the time and the result of the implementation to be an improvement in quality of life each time. So for example the Iterative Community Principle (“spend more time with people you care for”) can be implemented by anyone at almost anytime. It can be implemented in a structural way (by relocating or changing schedules) or as an instance (taking a day off work to be with friends or other intimates). Ultimately you are living and working with people who they care for all the time and thus have created a complete community.

Simplicity/Elegance: While not required, this principle eases the transmission of the super meme. The more accessible an idea is, the larger the group of people who can embrace it and transmit it. Simplicity benefits marketing (see below); elegance creates charm, and charms are charming.

Hooks/Replicators: The Christianity hook is a missionary principle (not to be confused with position): “if you don’t follow these principles you will burn in hell and one of the principles is that this word of god should be taught to everyone by everyone who believes it”. The Social Darwinistic hook is that if you are not the “fittest” you will die – typically this means the most aggressive, social Darwinism evolved out of a biological theory which also valued cooperation, but this got lost on the way. Social Darwinism is oft viewed as the hook to the super meme of capitalism. Without a hook or replicator an idea is not a meme. The strength of the hook determines in part whether the meme is largely adopted or if it fades away (Gnosticism had great ideas, a busted hook and is now dusted).

Inspired Origin: Where a super meme comes from is frequently considered critical to their legitimacy and often their success. Spiritual super meme are generally divinely inspired. Communism was inspired by a critical economic analysis, which explained why wealth was being taken from laborers – in that laborers (who the meme was designed for) were experiencing what the meme was claiming, it was validating personal experience. Darwinism was inspired by biological observation. 12 step ignores the origin question and insteads points to mass results. The inspiration origin answers the question “How do you know what you are saying is true?”. For people so inclined “God says so” is a fine answer, or “history shows it to be true” or “scientific experiments overwhelmingly demonstrate”, etc. Our inspired origin will be a matter for discussion, preferably inspired discussion. Hopefully we can claim the 12 step legitimacy, but you can’t do that at the front end.

Feet/Marketing: Part of the hook is what you choose to include in your super meme set and how you try to promote it. Christianity drags along the entire bible (or at least the New Testament) and builds churches, dispatches missionaries and other proselytizers to market the idea. Communism was based on very difficult economic analytical works, but a 30 page manifesto written in popular language (like “from each according to their ability to each according to their need” and “you have nothing to lose but your chains”) and using popular mass media genres (the catechism, but more importantly, the melodrama) was ultimately the principal propaganda vehicle.

Building the Better Party: This is a recognition that we are a social movement first, that people will choose to ally with any of a number of progressive ideas if they are having more fun associating with the people who are involved than they were with what they were doing before. This meme part is a hook in itself. Part of the idea is to practice having parties, to explore what it is that makes social events fabulous and create more of that in our lives and in our political movements. 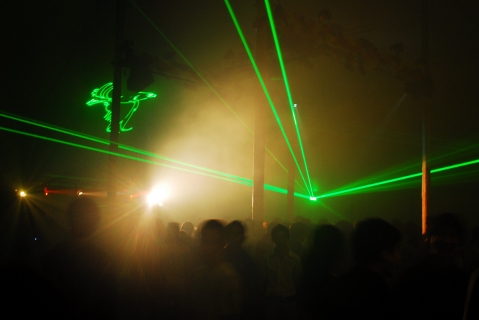 Personal Community Experience: This is the maxim that you should spend more time with people that you care about. Generally, people believe this but often have reasons or excuses for why this is not possible or accessible. Part of the development of this principle is coming up with antidotes for these excuses. As mentioned above this can be done in small discontinuous pieces until you have finally moved into a community which consists of people you care for that you live with and work with all the time.

Post-Classical Democracy Principle: This idea advocates that we can do better than simple voting majorities, that there are all kinds of tools available for finding out what the group mind is and coming to consensus with it. Part of the hook in this is the critique of what is, which is presumably in part a result of failed democratic organizations. And stories about other successes, using new group mind decision techniques. Stuff like Tom Atlee does at the co-intelligence institute and innovations in democracy project.

Sustainability Principle: The idea is that we have a responsibility to following generations to leave a world which is as good as the one we currently have – possibly too low a bar! There is a strong ethical underpinning to this idea and some well developed principles (reuse, reduce, recycle. Error Friendliness Principle, polluter pays, etc).

Transparency Contract: This component gets to the origin question. “How do we know this is true?” it is our best guess, we have tried some parts, others are intuitively appealing others seem logical. The transparency part is that there is no divine inspiration and no scientific justification (at least for the principles outlined so far). What we are being transparent about is that we are dissatisfied with the current set of super memes and feel called upon to design new ones.

Radical Honesty: The idea that people really say what is up for them, rather than hiding behind social convention and silence is a highly revolutionary one. This is wonderfully elegant and simple and vastly transformative.

Promoting Compersion: This piece might be too radical for the vanilla version of the super meme, but the idea that you feel good when someone you are emotionally involved with is enjoying their intimate experience with someone else is socially transformative. [Compersion is often incorrectly simplified to the opposite of jealousy, as pronoia is incorrectly simplified to the opposite of paranoia.] Alternatively, there is the revolutionary love emotive meme directed towards empowering your partner and helping them move through their pains and fears and towards their highest selves.

There are several considerations in how to promote and distribute this super meme, which are outlined here:

Naming: It would be great to have a brilliant, sexy name for the entire package ideas collected into this super meme. Personal favorites are TradeLocal for an localism/anti-globalization group and Ecotopia for the euro-youth summer eco-university festival and “Flowing Woman” for our proposed Healing oriented Burning Man sister event.

Ecotopia real - setting up in the rain

Proselytizing: How does this idea spread? There is a general resentment of the idea of missionaries and people actively proselytizing. The alternative is a soft sell, with powerful hooks so that the casual word of mouth is exciting enuf to bring people in. Of course there will be a website, likely a manifesto (perhaps in fingerbook format), better parties, inspiring discussions and social events and some type of political action perhaps, of a form yet defined (direct, indirect, using extant institutions, outside them, whatever). The main principle of unreal estate: locution, locution, locution.

Law of the Few: This principle advises that we are best concentrating our efforts to start memes up on “early adopters” people who already are inclined towards these views and are looking for a way to bring these types of principles into their daily lives. It advocates, in short, to preach to the already (mostly) converted, or to the convertible. 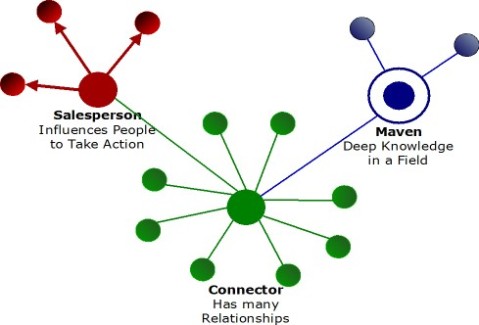 Gladwell/Tipping point formulation of the Law of the Few