“You are the new China”

Dave Aardbat is a fast talking internet marketer who we met at the Chicago trade show.  If things keep going the way they have been, he will be our largest customer within his first year of buying from us.  Originally, we were just talking about doing custom quilted hammocks for them, but this has expanded somewhat painfully into our regular olefin rope line. 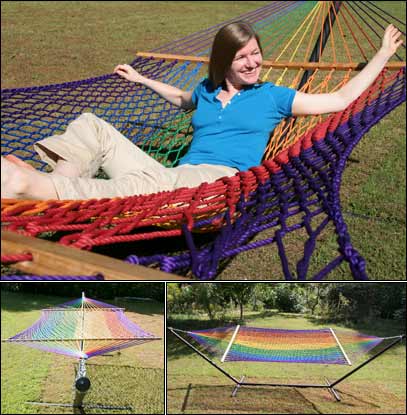 Claire is a great model

“You are the new China” Dave explains to me, today.

Dave used to buy cheap dyed cotton hammocks from China, but he is hoping to move to our Olefin line, which is at a much higher price point, but it will last longer.  He is also trying to have as much production of his in the US as possible.  He choose a US based umbrella manufacturer, which competes with China by being almost entirely robotic in operation.  We compete with China by not offering anyone an executive salary.

And there are a myriad of unresolved issues from resales thru Walmart (which we prohibit) and requiring lead time for big orders.   It is far from clear we will be able to work together.   And it is because of these tricky negotiations that i make the fat labor credits.

2 responses to ““You are the new China””