The most controversial approval

The key to being a successful propagandist is not hiding your shadow sides.  In part because you want to be framing what others might be freaked out about.

When i give tours of the community i talk about several sensitive topics, including what i think the community does poorly.  I rant about how our decision making model is broken and how it took 20 years to locate our pond.  I discuss our cultural aversion to change and new ideas.  And given my long tenure at the commune, the trade offs are apparently working for me.

It took us decades to build it, but we are very happy with the pond

When i first came to Twin Oaks in the 1980’s i was at the height of my radical anarchist beliefs and what i really wanted to know was what one could not do in the community.  i looked at Twin Oaks as a mini-state and wanted to understand how it restricted my behavior as a possible member.

What was interesting was that no one in the community was thinking the way i was.  No one could tick off a list of restrictions the way i wanted them to, so i had to piece the list together myself.  It includes the following restrictions for on the communities campus (we dont care so much what do off the farm):

It is the last on this list which is the most controversial usually.  People don’t balk at the idea that a community might not want members to have guns.  If you understand income sharing, the part about not bringing in outside assets makes sense.  The TV thing is odd, but people get it.  But the community really thinks it has the right to tell prospective parents that they should not have a child?  We certainly do.

One piece of the explanation is that adding children to the community is a big deal.  The community provides thousands of hours of labor per year for the first four plus years of the child’s life, and many more thousands of dollars.  The even bigger point is that we want to be growing in a way that we are happy about and that we want to have families which have a high chance for success.  The community takes this responsibility pretty seriously and still this process occasionally creates big problems.

The community process is an input step where members tell the Child Board what they think of you as a parent.  This can be as hard as it sounds.  Generally speaking, most prospective parent glide through our pregnancy process.  As controversial as i was as a member, no one thought i was going to be a bad parent, or at least no one thought this was the right forum to express that.

Others have not been so lucky.  The Child Board, even before the community input step, told a prospective single mom that she needed to identify at least 3 other members who were willing to commit to 10 hours a week or more for her planned kid.  She did not find these co-parents and she left the community.  More painful was a mother and her new partner who was applying for her third child and almost everyone thought this was a good idea, but even a couple of peoples negative input caused this couple to feel their family unwelcome by the community and they left.

The community rarely says “no” to a pregnancy request.  When Twin Oaks was younger and poorer, we sometimes asked people to wait.  In my 14 years, except for the conditions placed on the single mom above, we have approved all requests.  [Importantly, provisional members who have gotten pregnant without approval have not chosen to stay, because it was clear they would not be accepted for full membership.] 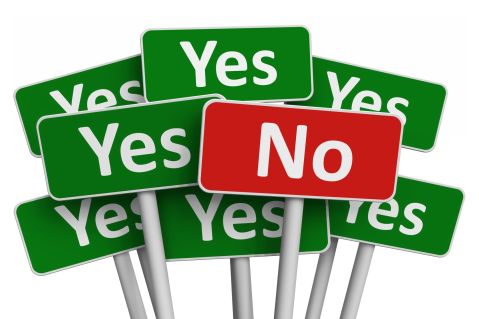 We almost never say “no”, but you still have to ask

So what happens if you have an unplanned and desired pregnancy?  Technically not so much.  The community still pays for all aspect of the birth, the mom still gets all the pregnancy benefits.  The parents still get full child budgets.  We do ask parent who leave within 2 years of having an unplanned child to pay the community back for the costs of the pregnancy, if there were any.  If you stay more than 2 years after the birth there are no costs to the family, except for peoples upset that you did not go thru proper process.

18 responses to “The most controversial approval”