France at the brink, Japan rounds the bend

Yesterday Socialist Francios Hollande beat incumbent Nicolas Sarkozy by a single percentage point in the first round of the French presidential elections.  This is the first time in over 50 years an incumbent has not commanded the majority in the first round and most political observers thinks this spells the end for Sarkozy who is quite unpopular in his home country.  For nuclear power worldwide this is very good thing.  Sarkozy is the ultimate nuclear sales person, the first head of state to visit Japan after Fukushima, Sarkozy also appears to have tried to sell reactors to Qaddafi before he fell.  Hollande initially agreed with the French Green Party platform of closing 25 reactors by 2025.  It remains to be seen if he will stick with this pledge, but it is the other side of the world from Sarkozy who wanted basically indefinite life extension for these reactors.

But Hollande is more important for Europe than just reactors.  The Socialist has criticized the German backed failed austerity programs which have been imposed on several southern European countries, most notably Greece.  These programs were paradoxically designed to create growth while choking off services and income to the middle and lower classes.  It is an idea so stupid, only very rich people could believe it.  The election which will likely depose Sarkozy is on May 6th

Despite many headlines to the contrary, Japan will become nuclear free on May 5th.  Last ditch efforts by federal government ministers to convince provincial governors to permit restart again failed this week.  It will be months before reactors can be brought back online and the debate in Japan is with all 54 reactors down will there be black outs?  In behavior which would have likely been scoffed at 2 years ago, many are not believing the governments forecast for power outages this summer without reactors running.  Japan produced significant surpluses of power last summer after Fukushima, with many reactors down through increased fossil fuel use, more renewables and a government conservation program.

May is shaping up to be a good month for a nuclear free world. 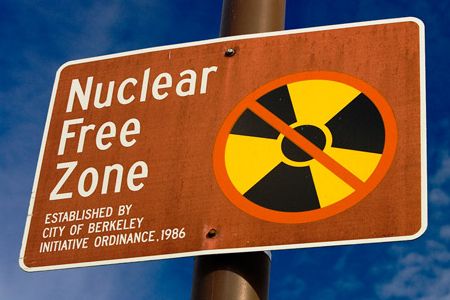 One response to “France at the brink, Japan rounds the bend”