i share the recruiting and outreach managership with Valerie and our styles could hardly be more different.  Valerie gets hundreds of emails, responds to them carefully, tracks what she has written, creates stock answers for good questions so she can save time with future similar inquiries, enters information about people who are interested in the community in our database so we can remember years from now who these people are and what types of interactions we have had with them before.  She is organized, efficient and thorough.

i use a more “house on fire” style of correspondence.  Depending on the moment the inquiry comes in, i will dash off a reply and then completely forget about the correspondent or write something thoughtful and more complete if i am in the mood.  i rarely look back to see if we already know the person and even more rarely carefully save my answers for re-use in a future similar inquiry.

So it was with Jason, who was interested in the community and we started corresponding thru several different virtual media (guaranteeing fragmented records of our communication).  Jason was clearly smart, not just because he was a mechanical engineer, but because of the good questions and occasionally frustrating overly-intellectual responses i got from him.  He is a marxist transhumanist, most people are not thinking this hard about stuff.

Jason was interested in organizing a bike trip from Florida to Twin Oaks.  Student groups visit occasionally and we discussed costs and the best times to come (when there are no regular visitors here so there is housing space in Aurora) and planned his trip.  As is often the case the orginal group of 5 students shrunk and Jason started his ambitious bike trip with just himself and another friend.  Jason had an accident and his traveling companion decided to leave him.  This should have been my first clue that something was wrong.  But we had set up this visit and he was coming a long ways to make the trip, so i did not think much about it.

Jason hoped on a bus and completed the trip and because i did not know him well, i did an unusually good job (i thought) of trying to orient him.  This is a super complicated place.  You can smoke here, talk on cell phones there, be topless in these other places (where men and women are equally liberated or restrained).  Here you can sit at the table without asking, there you should ask before you sit, in thee other places please dont talk about work.  These buildings you can hang out in almost anytime, these buildings best to not visit until someone invites you in.  And much, much more.

i gave him the guesting fingerbook to study, i ran him thru the Friday night visitor orientation, which includes a discussion of how to get rejected as a prospective member (hit someone, dont work quota, be arrogant) .  He seemed like he was in student mode, taking it all in, asking good questions.

And at first it seemed to be working fine.  He was excited about how clever the average communard was, he appreciated the combination of a relaxed attitudes with the hard working manner of most members.

But then he started writing.  He is a prolific and somewhat talented writer, but not very diplomatic.  He wrote that he was happy to be in rooms with people who were as smart as he was, he thought this was a compliment and members here found it arrogant.  He wrote that he women we so attractive he was drooling, this compliment felt creepy to many.  Keenan posted some of Jason’s writing on the O&I and things began to unravel from there.

Jason member (not to be confused with Jason guest) told me that my guest had shown up in his room looking to socialize.  The thresholds of peoples rooms are not something you pass over without permission.  I told Jason guest, and he got it.  Several members asked me about Jason’s writings and expressed concerns about them, i suggested he be more careful, but it did not really work.  He was also argumentative.  He liked playing devils advocate.  This drove people a bit crazy.  When i told him that he was upsetting members, he wanted to talk with them to work it out.  He could not understand why people who lived her did not want to do a bunch of processing with my random guest.  If this is supposed to be some egalitarian paradise, then surely we should be working these things out.  No?

Before things had gotten too bad, i had arranged for Jason to go to Acorn to see what was happening there.  i thought Acorns more relaxed style and fewer rules would serve him better.  But the upset here was so great that by the time he was supposed to go there i pulled the plug on the visit, fearing a repeat at Acorn would damage their willingness to host guests of mine who really should be given a chance to see the place.

Instead i sent Jason to Shana’s for the day until his bus left for Tampa.  Shana is hugely compassionate.  i described the trouble Jason had created for himself (with my assistance) here and she took him in and he worked some for her and they got along famously.  i was unsurprised, though still relieved.

In our last conversations before he left it was important to me that Jason see what was happening here not as “Twin Oaks being over sensitive” (which we have every capacity to be) or him having “a girl problem” but that he was largely the author of his failed visit.  He waffled between being defensive and taking responsibilities for what happened.

After he left he wrote a long critical FB post about his experience, in which he seemed to take no responsibility for the problems he had and was petty and ungracious for our hosting of him.  i defriend him and blocked him.

And the story would end here were it not for my real friend Ron.  Ron worked hard for the clean energy/anti-nuclear movement for over a decade.  He worked at one of the groups which i helped manage and did lots of things for me, both personal and political.  He is generous in spirit and dedicated to a better world.  He is a talented musician and a reasonable organizer.  He is also a bit broken.

He was trying to make it to a festival where he would be tabling to prevent Mountain Top Removal.  He had a ride with a woman who had serious PTSD and they got lost trying to come to Twin Oaks to spend the night.  She got upset with him, demanded they stay in Cville (the last place they got lost trying to get here) and she left him there taking his clothes, guitar and money (though he will likely get all these back eventually, it was not a theft really).  Sapphyre agreed to pick him up for me at DMV, but he was not there when she tried.  At nearly midnight he calls me having walked most of the 30 miles to Twin Oaks.

Ron quit his badly paying movement job because of the stress.  His marriage fell apart. He ended up homeless.  He has health and mental health struggles.  And when he finally arrived here, it was clear to me that what he really needed was a rest.  What was also clear was that the community was not going to be in the mood for another scruffy guest of mine who does not have a good sense of boundaries and babbles to himself and others who will listen.  I let him stay for two nights. feed him, got him some reasonable shoes, a pack of cigarettes and a bus ticket to Death City.  He connected a bit with a couple of people in his short time.

Ron is a fallen hero in my book.  He has given tremendously to help make things better for others, but the world has not given back much.  Sadly, this week because of my poor choices with Jason, my home has little to offer as well. 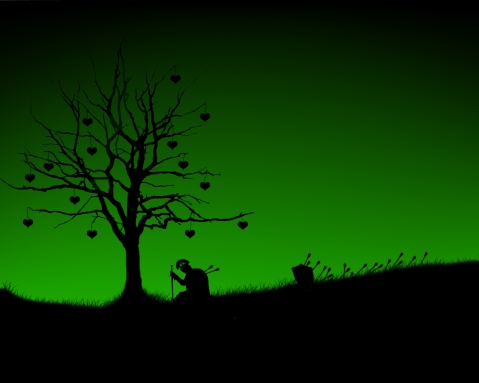 [After i wrote this post i took Ron to the bus station and realized that the post has a bit of the wrong feel.  i dont think Twin Oaks needs to rescue Ron.  He is doing fairly well.  Yes, he is homeless, but he is doing homeless activism in Asheville NC which is feeding him, he is performing regularly.  And while his playing is often benefit work, this is how he wants to show up in the world.  He lived on the street for the first time when he was 16 and he is proud to be able to not just survive, but actually thrive there.  He was very happy and grateful for what my community offered him while he was here.  i only wish i could have given more now.  But he does not need our charity, but he does appreciate our hospitality.]