An irresistable terrible idea – China to build reactors in the UK

The UK Guardian reports that China is in top level negotiations with the UK to build 5 reactors in the country, with a likely underestimated cost of US$ 55 billion for the 5 reactors. Prior to Fukushima, German utilities and French state nuclear industry were the lead contenders for the construction of this Horizon project.

After Fukushima melted down three times, the German utilities, in response to the German states rapid phase out plans, decided to walk away from building new British reactors (tho not from renewables in the UK).  France has elected (by French standards) a nuclear skeptic Prime Minister Hollande, who may not be willing to repeat the embarrassing mistakes of the new reactor in Finland which are 10 years late and at nearly 200% over budget. 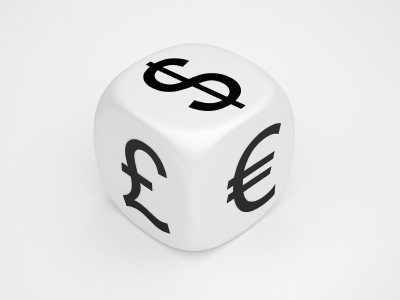 What are the chances these will be on budget?

Why shouldn’t China build these reactors? you might well ask.  China is graduating more engineers of all types than the rest of the world combined.  China is manufacturing everything from Ipads, to running shoes, to solar panels.  Are reactors really anything other than another type of widget?

Actually, they are.  Nuclear reactors are one of the most complex things humans make, they are more than turbines and reactor cores, they are cultures as much as they are machines.  Central to the failing of the Fukushima plant was regulator capture.  The bureaucrats charged with protecting public safety were more concerned about protecting the profits of the nuclear utility.  The recent report of the Japanese diet demands that the regulator become fully independent to break this regulatory capture.

In China, the regulators are part of the same centralized, unelected government which is committed to building these reactors.  In a little noticed piece in the Christian Science Monitor from March of this year (shortly after Fukushima), the head of the State Nuclear Development Corporation said “problems in 14 areas have been found and need to be resolved.”  Now you might think this is a wonderful, important and transparent revelation.  But the room full of Chinese reporters then asked not a single follow up question about this very vague and likely highly problematic pronouncement.

China is using a capitalist shell game to make this take over seem competitive.  Two different Chinese nuclear construction companies are teaming up with Japanese owned Westinghouse and the French giant Areva.  They will make separate bids on this project to create the illusion of competition to make the Brits feel comfortable with this exotic solution.  At this point all the players without Chinese partners have little chance at winning because their reactor designs are not approved.

There is a tremendous amount written and known about safety culture.  It requires critical observation on the part of workers and managers, it requires a willingness to speak up when problems are seen and a willingness of management to consider expensive fixes to unforecasted problems.  The self critical nature of the Chinese nuclear culture makes the pre-Fukushima regulators of Japan look fully independent and critically engaged.

But China has billions to front in this nuclear con game, so we will pretend safety culture is something you can buy, like a pressure vessel or a politician.