Normally at Twin Oaks when someone has a feedback called on them there is some concerns which need to be addressed. Typically, the focus person of the feedback has had a behavior which is problematic for other members and/or is in violation of our agreements. The purpose of the feedback is so that members of the community can feel heard and hopefully this behavior changes. The format of the feedback is we sit in a circle and take turns expressing concerns to the focus person who then reflects back, usually in summary and in different words, what they have heard.

Feedbacks feel punitive. The focus person can have an opening statement if they like and an advocate if they desire, but it is not really the place for them to justify their behavior – it is really for them to hear and reflect the thoughts of other members in the community. Usually, feedbacks end with a “next steps” section and sometimes we agree that there is a need for a contract between the focus person and the community. This is an agreement beyond the regular bylaws and community policy to try to rectify the concerns which members have expressed.

In the few couple of years we have had half a dozen feedbacks, I would characterize about half of them as successful, where behavior changed and the focus person was reintegrated into the community. The other half “failed” in that the behavior did not change and/or the person left the community. Certainly, the feedback can not be blamed for all of these failures. And it has oft felt like a dull tool which serves the collective at the cost of the individual who is receiving it.

It starts with her having called it on herself. She had critiques for the community, specifically that we did not meet face to face to talk about our feelings and concerns about each other. Many of us believe if we did this type of relationship building communication (as Acorn and many other communities do) we would need fewer punitive feedbacks. Janel was also inviting constructive criticism, which is almost never done. She asked me to speak and speak first if no one else stepped up to, to get the ball rolling and model constructive criticism so others would feel emboldened to do so.

Sapphyre and Janel circa 2012

There is just one problem, there is precious little to criticize, constructively or otherwise, about Janel.

This is what I said. “I appreciate that Janel is trying to reclaim feedabcks as a tool for group communication, though I have some fear the name “feedback” is unsalvageable. Janel asked me for constructive criticism and for me to speak first if no one else jumped in.

I have wracked my brain a bit around identifying constructive criticism for Janel and have had pretty disappointing results. In the end, if I am honest, my suggestions feel more like advice on how to leverage her abilities, rather than a critique of things she could have/should have done better. But I still have several things to say.

Janel and Valerie – May Day/Beltane 2012

So my personal philosophy is that every gift is an obligation. If you are lucky enough to have talent or ability you are bound to use it to for the collective good. You, Janel, have a bunch of talents and thus there are lots of ways you can give back.

Because of these abilities I would encourage you to take more chances. I wrote a blog post about how I thought you were delegating tasks around the communities conference brilliantly. You later told me you did not feel like you had done an especially good job in this and ended up doing more things yourself than you might have liked to. I did not change the blog post, because I liked my story better. And it does point to something you can improve – your delegation to others in projects you are involved in.

Janel and her partner Andros from Acorn

My hope is that you will go to California and seek projects or create new ones and leverage your gifts with the talents of your allies. Specifically, I would encourage you to look less for some specific issue to work on but more the allies who have complimentary skills to yours. Find your clan, the people you can grow with.

One of the things I appreciated about you was working together on your first speaking engagements for the community at McDonogh and Goucher. What was great for me to see was you listened to my various raps about Twin Oaks, then mimic them, then morph them into stories about us that were really yours.

I also wanted to appreciate your work on the chickens. This was nothing like anything you had ever done before and you dove into management and had to take the daring and radical choice to zero the program and start over. Not many new managers would risk that type of decision.

In 2010 you explored communities and luckily came to us. In 2012 I would encourage you to explore again, but not communities this time but projects and activities which can inspire you. Because of your abilities to you get to take on the role I like best, which is being the public face for a bold new idea. You get to represent the philosophy of your group and where you are trying to go. You can recruit, fundraise, entice the media and generally propagandize about what you want to see happen in the world and then help make it happen. For me this is the best job in the world.

I liked your idea of setting up a nest egg to help members who are leaving transition into the mainstream [something several of our sister communities do] this could be augmented by adding an insurance aspect to it to reimburse members for loss or theft.

I can’t be sad about you leaving, as much as I think you are a model communard. You are a shooting star and I am happy we have had you for as long as we have and that I got to work with you on several projects. 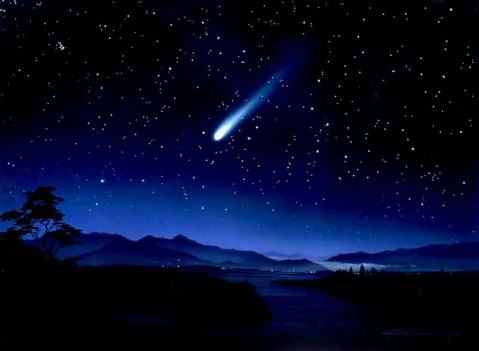 love you while we have and let you go gracefully