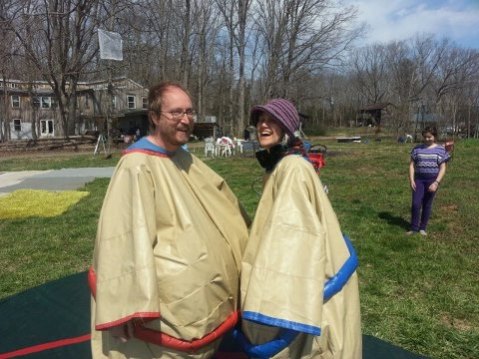 Sumo Wrestling was part of the affair

These are some much delayed, but still charming pictures from Acorns 20th Anniversary, which were taken April 6, 2013 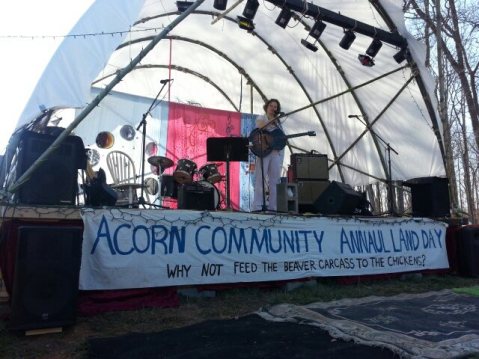 There is some especially clever spelling in this banner. 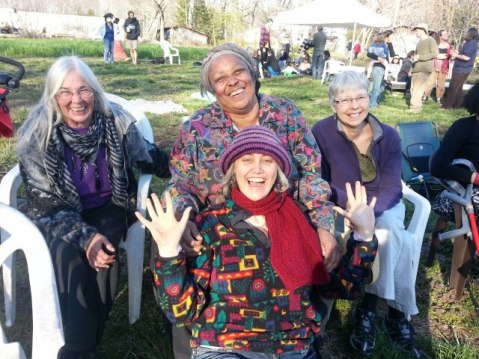 Some Acorn Founders including Deborah, Eve, and Ira plus past member Flame at 20th Land Day