The word from India – Wind as cheap as Coal

While far from over, clean energy activists and investors are winning more battles daily in Europe and North America.  New reactor construction has nearly come to a halt, electricity demand appears not just down, but shifted since the recession of 2008.  We are hopefully moving from the endless consumption growth scenario which has characterised the most recent times.   Even with historically low natural gas prices we are seeing more renewables coming on line, especially in Germany.  [With the OECD’s International Energy Agency forecasting over 50% of German’s electricity to come from real renewables by 2030] 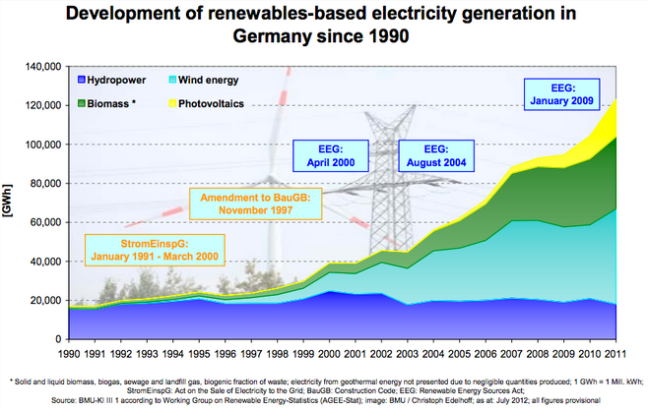 But the west is not the world.  What energy activist often worry about is the increasing demand for energy in especially Asia. So i was pleased to find this bank report on the cost of new installed wind in India being equal to the cost of coal (with no carbon tax added).

This report indicates that the Indian government has double its planned renewables installed capacity to 30 GW by 2017.  Half of this will be in wind power.  It also forecasts that solar PV will be at price parity with coal by 2016 to 2018.

What keeps us from getting where we want to be is not technology or economics, it is politics.

India will double it’s renewables by 2017