Finding the perfect length post is an art, and of course there are different audiences with different desires.  I read this brilliant blog post the other day that Rejoice posted called “The Problem with Polynormativity“, but as i read this long personal and clever piece i thought to myself, “this piece is too long for many readers, i want to hijack it, add compelling images, summarize it and reblog it myself.”  Lines i have lifted directly from the original blog post by SexGeek are in italics. So here goes:

The mainstream media (MSM) has discovered polyamory and it is quite “in” these days.  We have a few TV shows depicting poly relationships, we have regular news shows interviewing charming poly groups and talking about how they deal with jealousy, we have conservatives freaking out saying gay marriage will lead to bestiality and polyamorous marriages.  It’s all good, right? 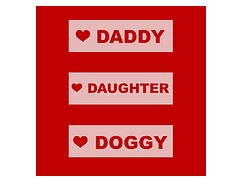 Actually, being embraced by the MSM is often the kiss of death for radical ideas, because they have an agenda and it is not the same as ours.  The MSM needs to sell papers so it  loves to think of itself as edgy, sexy and cool.  But their agenda starts with some powerful and twisted assumptions:

1. Polyamory starts with a couple. The first time I came across the term “poly couple” I laughed out loud. It seemed to me the most evident of oxymorons—jumbo shrimp, friendly fire, firm estimate, poly couple. But lo and behold, it’s really taken root, and nobody seems to be blinking. Polyamory is presented as a thing that a couple does, as opposed to a relationship philosophy and approach that individual people ascribe to, as a result of which they may end up as part of a couple but—because poly!—may just as well be partnered with six people, or part of a triad, or single, or what have you. With this norm, the whole premise of multiple relationships is narrowed down to what sounds, essentially, like a hobby that a traditionally committed pair of people decide to do together, like taking up ballroom dancing or learning to ski. So much for a radical re-thinking of human relationships. So much for anyone who doesn’t come pre-paired.

2. Polyamory is hierarchical. Now what is true is that there are lots of primary or central poly relationships, wherein new or additional relationships do not have as much power or access.  And what is also true is that if you are willing or daring, these initial conditions need not be the on-going agreements and that if we are being emotionally honest with ourselves, we can admit that our feelings and desires change with time.  This means we either need to be open to our relationships changing, or we have to start lying to ourselves.

It turns out that the mainstream relationship models often have a big interest in us lying to ourselves.  Loyalty, stability and property rights are critically important in maintaining the status quo and transparency and emotional honesty are potentially damaging to the way things are.  Poly can often be messy.  To make it more easily understood and safer, it is depicted by the MSM as more controlled than it often really is.

poly can be messy and complex

And hierarchy is a model that the mainstream is very comfortable with.  But problems quickly pop up with this stratification.  I have oft argued that the real definition of a primary relationship is that it is the one you take care of when you can’t agree on what to do.  It is not hard to see how this definition can lead to bad behavior, where an uncompromising primary partner forces their will and damages all the other relationships and often their trust.

What i see is that there are lots of different poly relationship topographies and often there is no single top or primary relationship.

3. Polyamory requires a lot of rules.   If we start out with a couple, and we want to keep that couple firmly in its place as “primary” with all others as “secondary,” well, of course we need to come up with a bunch of rules to make sure it all goes according to plan, right? Right. (And there is most certainly a plan.) 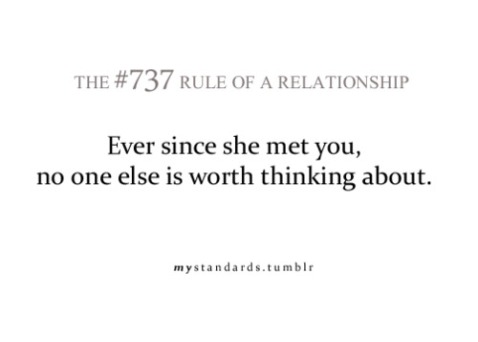 many rules can be incompatible

This is a control-based approach to polyamory that, while not exclusive to couple-based primary-secondary models, is almost inevitable within them. Rules are implicitly set by the “primaries,” the “poly couple”—at least that’s how most discussions of rules are presented.

Here’s the thing. Rules have an inverse relationship to trust. They are intended to bind someone to someone else’s preferences. They are aimed at constraint. I will limit you, and you will limit me, and then we’ll both be safe.

What is true is that there is often lots of process in poly.  You have jealous feelings and you don’t have exclusive agreements.  This is a conversation and you could make agreements – to go slow, to keep a partner informed, to not have unprotected sex.  These are more complicated than “don’t talk with/flirt with that person”.

But lots of people who are willing to step out of the “one lover” rule already have a radical viewpoint and are willing to have dynamic, informal (and potentially dangerous) agreements.  Certainly, poly offers a myriad set of places for rules, and there are alternatives to rules which many non-monogamous couples choose instead.

4. Polyamory is heterosexual(-ish). Also, cute and young and white. Also new and exciting and sexy!  Polyamory is resolutely presented in the media as a thing heterosexuals do, except sometimes for bisexual women who have a primary male partner and secondary female partners. It is exceedingly rare for lesbian, gay or queer poly configurations to be included in mainstream representations of polyamory, even though LGBQ circles are absolute hotbeds of polyamorous activity, and LGBQ people have a long and illustrious history of non-monogamy, recent enthusiasm about marriage notwithstanding. Go to just about any LGBQ gathering—even the most mainstream—and you can’t swing a cat without hitting at least half a dozen people who are doing some sort of non-monogamy, from regular “monogamish” bathhouse adventures to full-on poly families. It’s so common that it feels (gasp!) normal. 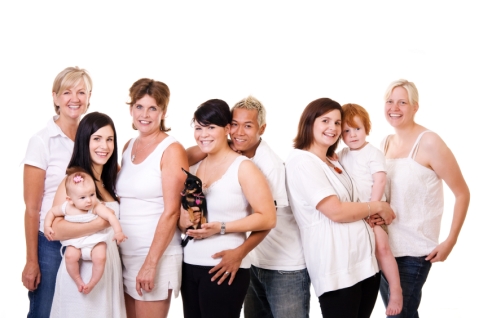 We can imagine lots of reasons for these biases.  These are the markets this media is looking to sell to, this biases makes it easier to imagine the reader having a desire for this type of arrangement, that stretching beyond this demographic is too exotic for their imagined average reader.  And what  a loss this is.  Stories of long experienced poly partners are sure to hold wit and wisdom.  Stepping out of a heterosexual centric view will likely add a more political bent to the story.

I want to change her conclusions slightly:

Hierarchical pairs means that “secondary” relationships start with fewer rights and less access.   After this whole fight for marriage equity are we going to start enshrining structurally unequal and imbalanced poly relationships?  This seems like a journey in the wrong direction.

it wont end with the gays

For me poly starts with the presumption that you are a complex person who desires several different types of relationships to meet your emotional and sexual needs.  It would be foolish to think your partners were simple plug ins; they too are likely complex and nodes in their own romantic webs.  These types of structures are non-formulaic.  Unlike monogamy, we are, in some sense, building our own relationship models with poly almost every time.  It makes no sense to try to come up with what a “normal deviant relationship” is, unless your principal objective is to hustle papers or click-throughs.

Before the MSM got excited about poly, you had to be something of an adventurer to figure out what was going on.  Poly books including The Ethical Slut and Love Without Limits are fairly inclusive texts, not hyping these normative models and encouraging partners to figure out what works best for them, with a bunch of insightful tools.

But today if you google “polyamory” an avalanche of normativity comes down on new explorers.  You are likely to think that poly comes in this one sexy, white, young, hierarchical, couple centric rule-based flavor.  Don’t be fooled, nothing could be further from the truth.

5 responses to “The Problem with Polynormativity”