The Government Shut Down hits the commune – unexpectedly

Often friends from the mainstream ask me about how macro economic influences hit the commune.  “Did you feel the recession which started in 2008?” Honestly, we barely did.  “Does recruitment go up during a poor economy?”  Surprisingly, there seems to be almost no correlation between our population/waiting list and the nation’s economic health.

So when the federal government shut down over silly politics, i assumed we would continue to be immune from damage.  i was wrong.

The first time i was wrong, was the hiking trip to the Blue Ridge mountains when we found that the national park sites were closed.  We chose a state park and went hiking anyway.

The second shutdown effect does not have such an easy workaround.  The house that Acorn purchased on Bakers Branch was previously owned by the Veterans Administration.  All non-essential VA services are shut down, including mortgage processing.  So we can’t move into our new house legally until the gridlock is resolved.  It might be a long fall. 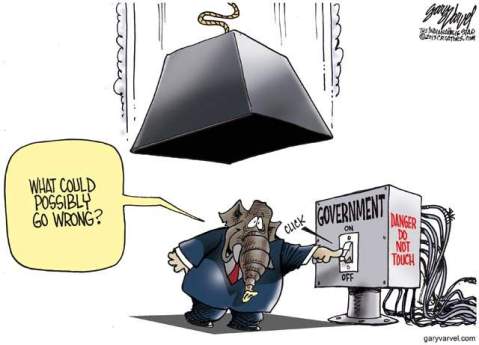