The End of the Waiting list and Shal’s perfect number

Since November 2008, Twin Oaks has been filled to capacity with members.  This situation created a waiting list of people who had been accepted for membership, wanted to join, but there was not space.  Over the last 5 years we have occasionally cleared the waiting list for short periods of time, only to have it pop back up almost immediately. 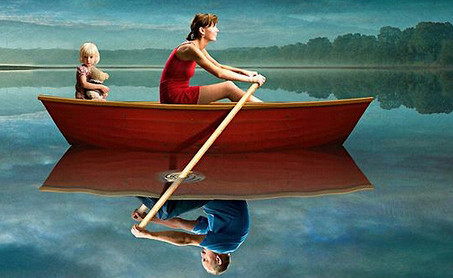 for someone to come, someone else must go

The community has the following formula for determining the maximum number of members we can have, which are referred to as pop cap.  Here is the formula:

Total number of rooms available for use as bedrooms for either members or children:
105

Minus
The number of rooms reserved as “Child Rooms” as determined by the Child Board and Child Board Policy:
13

Minus
The number of “Flex Spaces” desired by the community, as determined by the planners:
0

Plus
Any adjustments by the planners:

At the core of population cap is having a room crunch.  In the next couple of months we will drop below pop cap and we will clear out the waiting list.  Since only one person applied in the last visitor group, only one is applying in the current relatively small visitor group, and there is no visitor group scheduled for December, it looks like we will not have an active wait list for at least some months.  This will be the first extended time without one in 5 years.  This is actually a good thing.

when we are at pop cap, everything seems crowded and a bit surreal

Shal and i have discussed this many times, and he believes that the ideal population size for the community is just under pop cap.   His thinking is that when we are at our population cap, people stress out about waiting lists.  This i can validate, since i am often counseling people around this situation and there is often stress, even though it is often unreasonable.

If we are just shy pop cap there are empty rooms for guests or for slack when members need some extra days to move between rooms (at pop cap these moves are often annoyingly pushed forward).  If we don’t have a waiting list and some wonderful person shows up, we are much more likely to say to them “why don’t you be a long-term guest”.  If we are at pop cap, we are more hesitant, perhaps unnecessarily cautious, some lovely folks leave before we wish they would.  When we are at pop cap members who are thinking about taking time off sometimes put it off, because they are unsure they can get back in when they want to return. [Members on leave go to the top of the waiting list, but someone has to leave for you to get a spot and this can take months.]

And as is often the case when Shal and i disagree about community policy, in the end i come around to Shal’s thinking.

For reasons which are slightly mysterious to me, the number of people applying for membership in the most recent visitor groups is down slightly.  We have been more selective about accepting new members; we have put an extra step in for people over the age of 54 who are applying.  This might be discouraging people from applying or joining the visitor group. But why has membership interest dropped off  in recent months?  Perhaps just a statistical glitch.

If you have ever been here and are curious about how these rooms are spread across the different living groups (one or two living groups to a building) here is the breakdown.