Squatting 2.0 – Freedonia and beyond

We have lots of different types of radical friends.  And some of them are fully public in all the things they do and others have to operate slightly below the radar so they can keep doing what they do.  In my travels over the last few months i have had the good fortune to visit a couple of inspiring places i have not been before.  There exact locations are not important, what is critical is what they have learned and what they can teach others who are interested in some aspects of their work.

Let’s call my comrades place Freedonia.  Imagine it in anyone of the urban centers which have seen hundreds to thousands of houses abandoned over the last couple of decades.  The precise location does not matter.

Squatting 1.0, which i learned in Am*dam and Barcelona goes something like this:  You find a group of friends who need housing.  It is great if at least a couple of the friends are local to the area you are trying to move into.  Then you search – you look for the right place to move into.  The right place is one which is abandoned, unlikely to be used for residential or commercial purposes soon (perhaps because it is run down), but not in such bad shape that parts of it can not be heated (if you are in a climate that requires heat in the winter).

Then you break in.  Once inside you do the opposite of what thieves do.  Instead of looking for things to steal, you look for things of value which someone else might come back for, because if there are too many valuables, someone will come back for them and you will lose the place.  We are not looking to steal treasure, we are trying to use space which is idle to satisfy real housing needs.

Then you settle in.  You find cheap plates and flatware.  You wire electricity from a near by light pole.  Some people drop out, perhaps a new person or three join you.  You figure out security so people can get in and out and if needed not be seen.

But there is a problem with old style squatting, especially in the US, where laws are designed to protect property holders, even owners who are not paying taxes, have abandoned their properties, or are simply speculating.  The problem is the police or private security will come in and throw you out and then secure the place in a way which will make it hard for you to get back in.  Your group with no place to go falls apart and drifts off to other places.

Freedonia has things we have seen at other great squats, like Can Masdeu in Barcelona:  there is a bike repair shop, a printing press, ovens (bread ovens at Can Masdeu and pizza ovens at Freedonia), public workshop and performance space, public gardens,  zine publishing, an anarchist library, dedicated volunteers, support from locals in the area and more. 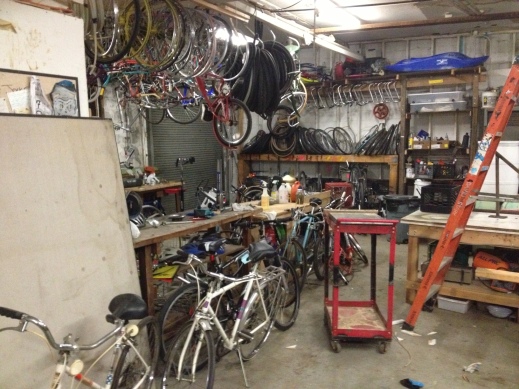 But what Freedoonia has that her European counter parts have not figured out is a technique to avoid the group falling apart when they are busted by the police or hired thugs.  This is the 2.0 part.

Before they broke in, they moved in.  They took advantage of the high number of abandoned buildings in close proximity to each other, they scoured newspapers, public records and local inside knowledge to find a place they could occupy legally, a base of operations.  In the case of Freedonia, they found a place which was available for very little money, borrowed what they needed and moved in.  They talked with locals and convinced the owner of a neighboring warehouse that in exchange for fixing parts of the roof and keeping the place secure they could occupy the warehouse, which most of these pictures are taken in.  Well before squatting, they set up a stable, legal, large base of operations, for very little money. 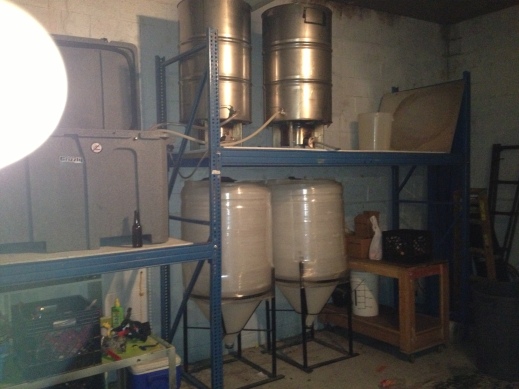 When they moved into their first squat, they successfully occupied it for 6 months.  They were like so many 1.0 squats before them busted.  But instead of falling apart, they pulled back to the legal space.  They were tight for a while, they looked for other places to occupy, but then after some months they established that in fact the best place to go, was the place they had already been thrown out of.  They returned, corrected the mistake that got them thrown out the first time, and have been there successfully for almost two years now.

The other clever thing they do in Freedonia is that they brew beer.  They don’t sell it, but they do give it to volunteers and bring it to parties.  Beer is not new.  But it is socially very powerful.  Combined with their high temperature pizza oven which can cook a pizza in less than 100 seconds.  These innovative, dedicated urban dwellers may just re-ignite a viable squatting movement in this country.

dead rat in the street outside Freedonia

6 responses to “Squatting 2.0 – Freedonia and beyond”