The Joy of Lex

A writer, scientist and world traveler, Lex believes that the way you change the world is by finding and telling the right stories.  His search for these stories has taken him to the slums of India, where he covered the struggle of Tibetans until his second arrest got him deported.

He hitched to Mexico and across the US which he calls the kingdom of fear.  He is a man of many loves. 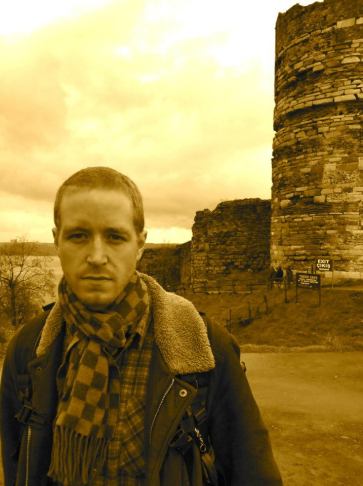 In an abandoned fort in Turkey

One of his major loves is the story of cannabis and its healing properties.  He says:

If Western medicine tells us anything about cannabis it’s that it cures, prevents & treats cancer. There’s abundant evidence in human trials across a wide range of cancer types that THC and CBD induce apoptosis in cancer cells. The cancer cells shut down their mitochondrial engines as the tumor shrinks and perhaps dies. 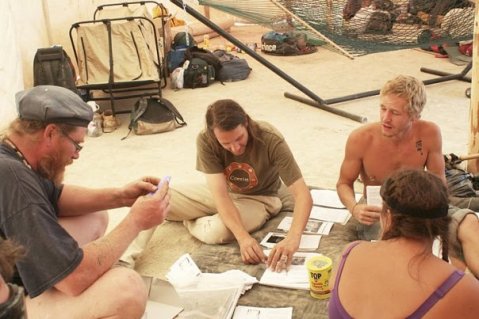 Lex at the ill fated Villages in the Sky Burning Man camp in 2009. Folding fingerbooks next to me.

He is a most gracious host in Brooklyn, where several of us stayed after the last Point A meeting, along with half a dozen couchsurfers in his crowded 2 bedroom flat.

What has inspired this post is his most recent article in Ladybud magazine:  The War on Weed is a War on the Elderly.  If you have aging friends or parents or are concerned with issues of public health, i would strongly encourage you to read it.  But if you don’t have time, let me share the part i found most compelling:

Cannabis helps with so many basic problems of aging: it lowers inflammation across the body, lessening aches, migraines and arthritis. By itself, it’s helpful against pain and it enhances the other painkillers so a patient needs less addictive opiates with just a few puffs of pot. It eases nausea from chemotherapy, treats sleep apnea, raises bone density for osteoporosis and protects the GI tract. It prevents heart attacks and lessens the neurotoxicity of strokes if applied immediately (the federal Health & Human Services even has a patent for this cannabinoid neuroprotection. This makes it even more ironic when the DEA claims ‘no medical benefit’). For as yet unknown reasons, cannabis works especially well for movement disorders like Parkinson’s and the self-attacking autoimmune disorders like Crohn’s disease. Cannabis slows the viruses of herpes and HIV, the prions of Mad Cow disease and even destroys the MRSA bacteria in a test tube (this drug resistant staph infection now kills more people than HIV every year and we have no new antibiotics left to kill it – except for the cannabinoids from that wicked weed). Our brain overflows with cannabinoid receptors that protect against MS, epilepsy and Alzheimer’s. Cannabis attacks and prevents cancer by several different pathways and it often eases depression.

Poster boy for a better world

My father died of Parkinson’s and the last part of his life was especially difficult.  With persistence and luck the stories Lex is telling will change the world to ease the pain and suffering of folks like my dad.

4 responses to “The Joy of Lex”