What we hear from many critics of renewable energy is that these clean forms of power are “not yet ready for prime time”.  They can not contribute in a meaningful way to the tremendous energy needs of civilization on the planet.  So let’s take a look at 2013 and see.

Both sides of the nuclear issue spin their story.  If you want the most favorable framing of the pro-nuclear side, one of your best sources is the World Nuclear News.  In it’s year end report for 2013 WNN reports that there were 4 new reactors which connected to the grid (3 in China, 1 in India) and 4 old reactors taken offline (all in the US).  If we add the additional capacity from uprates (improvements to existing reactors) over the year and the fact that the closed reactors were smaller in total capacity than the added ones, we get about 2 GW electric of expanded nuclear capacity worldwide.  This is about 2 new reactors worth. 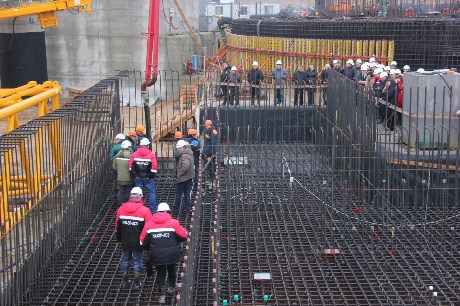 In contrast, 37 GW of new solar power were put online worldwide according to the European Photovoltaic Industry Association. Remember, to compare this with reactors, you need to multiply this number by the capacity factor, which is about 25% for PV panels. Thus this represents about 9 new reactors worth of electricity.  What is especially exciting about this report is Japan is jumping into solar PV in a big way, installing 6.9 GW of new capacity, second only to China.  SolarBuzz which predicted last year’s growth within a single GW is forecasting new installed PV will hit 49 GW in 2014, the equivalent of a dozen new reactors. 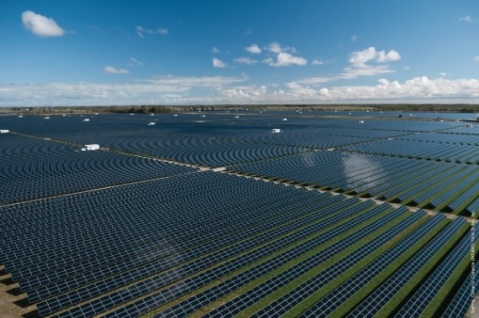 New wind power grid connections in 2013 were at about the same level as solar PV, at 34 to 35 GW.  But the capacity factor for wind averages around 42%, so this actually represents closer to 15 full size reactors displaced.   Worldwide wind is also expected to be grow by 45 to 48 GW in 2014 or about 20 new reactors worth.

In the wind rich US, the total wind power contribution was 4.1% of all electricity generated.  This is compared to only 1% in 2008. 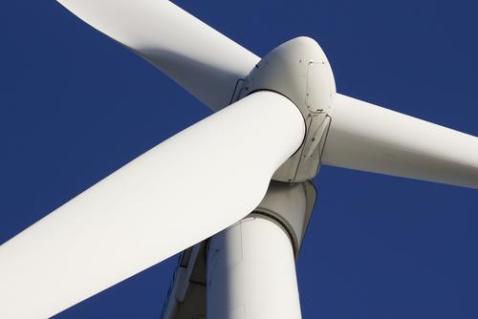 So to be clear, nuclear power does not have 100% capacity factor, nothing does.  It is closer to 90%, so these numbers are being a bit generous to my reactor friends.  But what we are investigating here is the relative contribution of renewables to the grid as contrasted with nuclear.  Here is an important graph from our dear comrades who write the World Nuclear Industry Status Report 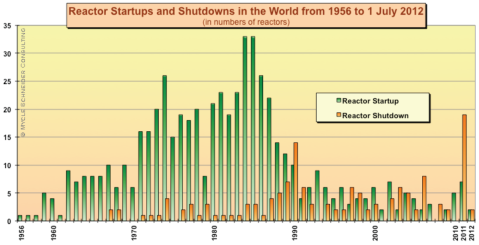 So at the height of the nuclear construction boom world wide, just before Chernobyl, 33 reactors (on average smaller than the 1 GW ones used for comparison above) were connected to the grid in a single year. 2014 will see just wind and solar PV combined will hit that number.  There are only 435 reactors operational worldwide (including 48 in Japan which are currently shutdown and have a very unclear future).  If we are adding 25 to 35 reactor equivalents a year in renewables, the “not ready for prime time” argument sounds as foolish as the “too cheap to meter” claim.