About 20 year ago i got a call from Teddy Goldsmith.  The British publisher, author and philosopher who was actually calling for his billionaire brother Jimmy Goldsmith.  Jimmy wanted to assemble the worlds top anti-nuclear experts and campaigners and fund their best projects.   I was happy to help organize the event, and despite not being experienced or important enough, Teddy asked me to come to the event which was hosted in Jimmy’s castle in France.

Sir Jimmy was hardly a progressive.  We disagreed on immigration and a host of other issues.  This was a classic case of political rap around, where the anti-government conservatives agree with the anarchists.

It was an eclectic, high powered gathering.  There was a Russian nuclear scientist who had jumped to the anti-nuclear resistance after the wall came down.   The head of Greenpeace International’s nuclear campaign was there.  A US energy efficiency expert who would later be selected by Clinton as an under secretary of DOE.  An expert in nuclear weapons non-proliferation attended.  We tried to get Amory Lovins to the event, who was friendly with both Teddy and Jimmy, but his schedule did not permit it.

Jimmy asked the grilled the group with smart questions.  In the end he said he wanted proposals from each of us for what we thought would be the most effective anti-nuclear projects.  i was doing a fair amount of grant writing at the time and asked how long the proposals should be.  He replied, “Just one page.  If you can’t convince me in a page, you won’t convince me in more.”  Various Goldsmith grants would fund anti-nuclear activities i was involved with for the following 7 years i was in Europe, mostly projects in eastern Europe.

One of the biggest projects Jimmy would support (not just in the field of anti-nuclear efforts) was his brothers environmental magazine, The Ecologist.  Which recently put out a brilliant analysis as to why the so called Nuclear Renaissance was dead.  The rest of this post is inspired and stolen from this article.

Globally, nuclear power is in decline.  In 1993 it produced 17% of the global electricity supply, in 2013 it was 10%.  Nuclear power suffered its biggest ever one-year fall in 2012 – nuclear generation fell 7% from the 2011 figure. And while most of this was from closed reactors in Japan, nuclear generation fell in no less than 17 countries, including all of the top five nuclear-generating countries.  Almost half of the worlds operating reactors have been doing so for 30 years, yet the average life of reactors which started operations is 23 years.

In the US in 2009 there were 31 applications for the construction of new reactors.  Only four of these applications turned into actual construction.  All for of these reactors are in states which permit utilities to bill customers for construction costs far before the reactor is finished, and even if the reactor is never finished.  At the same time, for the first time in 15 years, this year US utilities announced the closing of 5 rectors  which will put the US below 100 reactors for the first time in decades.

In western Europe there are only two reactors currently under construction.  The estimated construction cost  in Finland has ballooned from $4.5 billion to $12 billion. The estimated cost for the new reactor in France has ballooned from $5 billion to $12.8 billion.  Neither of these reactors are finished, there are expensive lawsuits which will add to the costs and further delays and cost overruns are nearly certain.  The proposed new reactors in the UK at Hinkley Point are estimated at a staggering $29 billion, making them the most expensive reactor construction project ever proposed and at a cost over twice what the UK is paying for power, even if it comes in on time and budget. 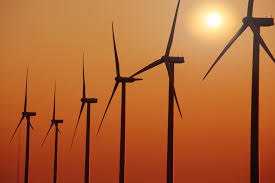 We can make better choices

Nuclear power has always been a con game.  With efforts from billionaires and anarchists and the wake up call of a terrible accident, we might actually get to the other side of this terrible game.

2 responses to “My favorite Billionaire”