The new kids on the block are actually the old kids from the block, they are just back with a very politically potent offer which will hopefully be a new direction for the squatting movement – but i am getting ahead of myself, let’s begin at the beginning.

Freedonia is awesome.  They have pioneered a new approach to squatting which makes it more resilient.  They have tricked the police into giving them abandoned buildings.   They host clever workshops, feed local and poor people for free and throw bad ass parties.  All in an undisclosed location, in the shadow of serious urban decay, somewhere on the east coast of the US, far from anywhere Dick Cheney would think of hanging out.

An adventurous group of Freedonians (which is quite redundant phrase actually) set off on a bike tour to New Orleans.  They called themselves the Vultures.  There were puppet shows, there were narrow escapes from the police, there were complex polyamorous topographies – all the good things you would expect from our intrepid travelers.  And there were lots of talks around open fires about how to step things up back in Freedonia.

Normal people would have looked at the impressive accomplishments of this full featured set of squats and said “well, we have done quite enough and we are already impressive and sustainable just the way we are”.  But the Vultures would not know normal if it came at them with a knife (i’d bet on the Vultures in this fight though, normal don’t got a chance).

A west coast squat that has nothing to do with Freedonia

They decided they would kick it up a level and start income sharing.  They returned from their bike tour, promptly broke into a house not far from their original places (which they had let others move into while they were on the bike tour and they did not want them to leave when they returned) and squatted it.  And thus Vulture House was born.

They then offered to all of the other Freedonians to join them in this income sharing adventure.  Readers of this blog will not be surprised that i think sharing and especially income sharing are instrumental in saving the world.  We don’t know how many other local squatters will bite, but the Vultures are pretty compelling. 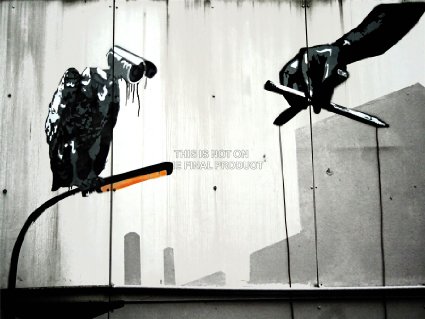 We are watching these vultures

2 responses to “Vulture House at Freedonia”