April Fools! Jokes on us – Hinkely B and C

Were there any justice in the world, April Fools day would be the annual nuclear power holiday.  The industry started by fooling us from its very inception.

Eisenhower’s Atoms for Peace has been the vehicle for the development on nuclear weapons around the world. The Price Anderson nuclear insurance act fools you into thinking there is liability protection from nuclear accidents, there is not.  Pundits from Fox News to the NY Times claim reactors are a solution to climate change, but they aren’t.    Nuclear proponents claim they produce inexpensive power, but they don’t. One of the biggest jokes on us is the idea that renewables with constantly decreasing generation prices are not going to eventually beat out extraction based technologies like fossil fuels and nuclear. In fact, we are well past this point.

Were we to embrace this obvious fact, we would not be building 5 reactors in the US right now. 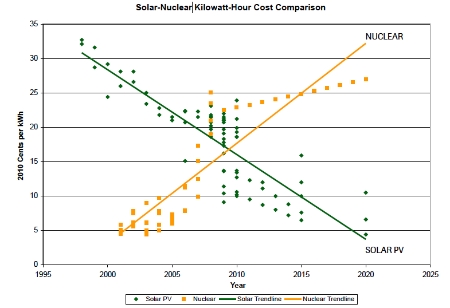 In the spirit of this nuclear foolery holiday a small handful of British activists blocked the road going into operating UK reactor Hinkley B.  Their basic complaint is that this reactor is operating past its design life and endangering the locals and money is being wasted on upgrading it, especially given the fact that the price of renewables is markedly down in the UK.

But the real joke this year is Hinkley C.   The proposed total cost for this new giant Anglo-French  reactor complex is over US$ 50 billion.  This project is often billed as “the most expensive energy project ever.”  It is also being attacked for its massive subsidies by anti-nuclear Austria.   With a government negotiated contract guaranteeing $137/MWH which is twice the current UK wholesale price and over 5 times the current US price.

One response to “April Fools! Jokes on us – Hinkely B and C”