On Wednesday Oct 21, the British Prime Minister Cameron will sign a complex financing deal with the Chinese President Xi for the new Hinkley Point C nuclear reactor complex.  This will be one of the most expensive contracts of any type ever signed anywhere. Bloomberg claims this is the most expensive nuclear project ever.  It will cost more than the British Olympic Games, the new second terminal at London Heathrow airport and Crossrail (the 40 station expansion to the London light rail system) combined.

How expensive is it?  Well, the construction costs (including financing) alone are 24.5 billion British Pounds (US$37.8 billion).  The total capital costs for these two reactors will be at least 34 billion BPS (US$52.5 billion).  But the price tag is only the beginning of this deal’s problems.

To understand how terrible an investment this is,  review the other attempts to build reactors of the same design.  Most recently engineered commercial reactors are typically about 1000 MWe, this French designed system bucks this trend and theoretically produces over 1,600 MWe.  But bigger is not always better.  This design is called European Pressurized Reactor or EPR for short.  There are two reactors of the same French design under construction elsewhere in Europe, one at Olkiluoto, Finland and the other at Flamanville, France.

Hinkley has been the site of regular protests

The Finnish reactor was started first and is now 9 years late in completion and has almost tripled in cost.  Originally, this project was a joint venture between EdF/Areva and the Germans company Siemens.  The project has gone so poorly that Siemens, the largest nuclear engineering company in the world at the time,  dropped out of the project and was promptly sued by the Finns for 2.5 billion Euros (US$2.8 billion).  In May of this year, the very pro-nuclear Finns also decided to cancel the second reactor of this type after so many problems with the one under construction. There are also several lawsuits between the French nuclear construction firm, EdF and the Finnish utility. 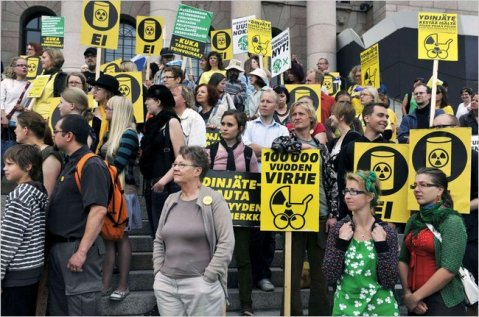 Finns protesting 2010 parliament decision to build to 2 additional EPRs, Protesters were right – both reactors have been cancelled.

The French state owned nuclear construction company, Areva, took over 4.5 billion Euros (US$5.1 billion) in losses for the Finnish reactor.  Areva’s stock has lost 85% of its value since 2007.  This combined with other losses on EPR construction were large enough to force Areva to cut thousands of jobs and ultimately be merged into the French state owned EdF to avoid bankruptcy.

If it is ever finished, the far left reactor is what he third Finnish reactor will look like

The experience in France at the Flamanville with this same reactor design is even worse.  As we have come to expect, this reactor is also years late and over triple its original budget.  The Italian utility ENEL was forced out of this project when the Italians voted overwhelmingly in 2011, after Fukushima, to not be involved in nuclear power projects. 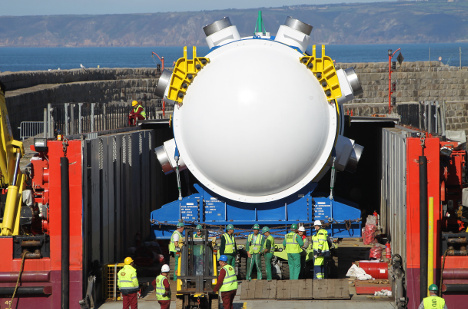 Could this failed pressure vessel stop the construction of the reactor?

Originally, despite there being no signed contact, the pressure vessel for the first of the two Hinkley Point C reactors had been fabricated by the same company that forged the failed Flamanville pressure vessel (which is a subsidiary of Areva).  Upon finding high carbon concentrations, EdF pulled back the Hinkley pressure vessel to conduct destructive tests on it which are required by the French nuclear inspectorate.  At a cost of hundreds of millions of dollars to EdF.  But it gets worse.

French Safety Culture: Let’s install it in first, then test it. Photo EdF

EdF and Areva installed the pressure vessel at Flamanville in October of 2013, without testing it and then spent a year building the plant around the pressure vessel.  In October of 2014 they performed tests and found these problems and then informed ASN (the French nuclear Inspectorate) about them in Dec 2014. EdF/Areva put the pressure vessel inside the Framanville reactor knowing that it might not pass tests, assuming they could convince the French inspectorate that it was okay.  They were basically gambling the functionality of the plant and the safety of the local inhabitants on their political power to push this project through.  Is that the type of company you want to be working with?  It gets worse.

The finance guarantees [for Hinkley Point C] have been approved by the European Commission – but subject to a number of important conditions. These include a so-called ‘Base Case Condition’ (BCC) relating to the Flamanville EPR. Namely, that if the Flamanville reactor is not complete and operational by the end of 2020, the guarantees become invalid and bond holders must be repaid out of shareholder equity.

The most recent EdF estimate for the completion of the Flamanville EPR is the 4th quarter of 2018.  This estimate assumes there will be no delays for testing the defective pressure vessel and no need for replacement or any corrective action.  This seems a fanciful assumption.

There are also two EPR reactors under construction in China at Taishan which are further along than Flamanville.  Their pressure vessels were forged at the same Areva subsidiary that messed up Flamanvilles.  The Chinese safety authority has done tests, but is not releasing the results. 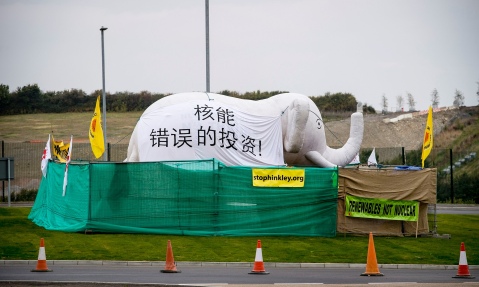 The Chinese nuclear safety authority might be the worst in the world.  After some months after the Fukushima triple meltdown, the Chinese nuclear regulator made a passing comment that there were “problems in 14 areas which needed to be resolved” and that some would take 3 years to resolve.   He did not mention which reactors had problems.  No reporters present asked any questions, it would be disrespectful.  There has been no subsequent public follow up.  This was in 2012, years before these pressure vessel problems were discovered by the French.  Subsequent to this, I have only found one news report mentioning the Chinese nuclear regulators.  This was the French nuclear inspectorate complaining that the Chinese regulator was both overwhelmed and non-responsive. The city of Taishan has 1 million people and is less than 100 miles from Hong Kong.  But wait, it gets worse.

Finding financing for Hinkley Point C has been challenging.  Centrica, owner of British Gas, was an initial investor. In 2013, it decided it could no longer throw good money after bad and took a £200m write-off rather than commit to a 20% stake. History may well show they got off cheap.

The negotiating team of British and Chinese bureaucrats are wrestling over how much of the project China will pay for.  The British want China to pay for at least 40% of the entire project.  The Chinese were thinking numbers more like 30%.  But the Chinese want more than interest for their loan.  They also want a guarantee that they will be able to build a 1000 MWe Chinese designed reactor in the UK, to boot strap their reactor export business.  This is in clear violation of the EU subsidy rules, but everyone is looking the other way.

But wait, it gets even worse.  Because of the inevitable delays with Hinkley Point C (including the Austrian lawsuit challenging the entire project) the UK will miss its clean energy target by years.  And PM Osborne has already made clear there is no money for a “Both/And” solution of increased nuclear and renewables.  From a recent Guardian article:

Osborne has trashed the prospects for renewables here in the UK, has consigned to history our zero-carbon agenda for the built environment, has ridiculed the importance of energy efficiency, and, in the process, has guaranteed that we have literally no chance whatsoever of achieving our statutory targets under the Climate Change Act.

It is worth pointing out that there is not a single functioning EPR reactor operating anywhere in the world.  All four that are under construction (Flamanville unit 3, Olkiluoto unit 3 and Taishan units 1 & 2) are both years delayed in completion and billions over budget. 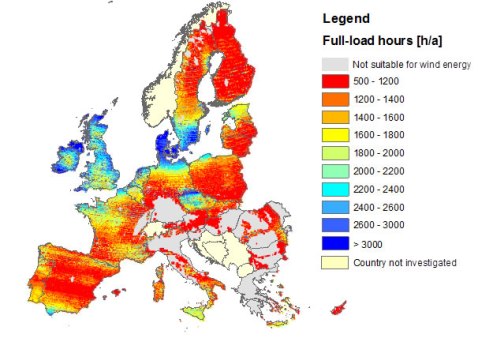 But perhaps the worst aspect of this entire fiasco is that this terrible deal locks the UK into paying a guaranteed price for electricity (14 US cents/kwh) which is over twice the current wholesale price of electricity in England (just under 7 US cents/kwh) at a time when the price for renewables in that country have been steadily decreasing for years.   The UK Solar Trade Association says they can match this output at half the cost.  Independent energy experts estimate 6 times the capacity could be supplied by wind for the same price.

It is no exaggeration to say, this might just be the worst deal ever.

Update Oct 23rd 2015:   Now that it is possible to read some portions of the agreement, we find, unsurprisingly, that the long standing promise the governments have made that there will be “No public subsidies” for the Hinkley Point C reactors, is a lie.  Buried in fine print of the new paper for this deal is the sentence  “The government confirms that it is not continuing the ‘no public subsidy policy’ of the previous administration.”  We can expect more lying and more public costs for this terrible deal in the future.