i make what you make [fiction]

It started as a revolutionary coaching service. The PANYC project was going from Virginia to NYC almost every month and there was a desire to offset the costs of this travel by having regular Virginia based PANYC staff do things in the city which generated income and ideally which were portable. Ogtar had the idea first. He placed an ad on Craigslist which said approximately:

Revolutionary Coaching Advice $100/hour. What is it that you really want to do with your life? How do you move out of your current rut and into a trajectory which gets you where you really want to be going? Fill out this short, simple survey on RevolutionaryCoaching.Com and we will give you one on one, face to face advice on how to get there. First hour is free.

The first hour free part nearly bankrupted him. Applications flooded in. Because Ogtar wanted to do a good job, he had to do a lot of prep work for before the first meeting. This would include, of course, reading the client’s applications, but Ogtar would take it much further. He would research their stated desires, studying their personalities online (facebook stalking and the like), and even develop an understanding of the areas and topics the clients were excited about. All this before meeting them. He was usually several hours in before he gave away the first hour.

Then Max came along. Max was a development banker on Wall St and made obscene money. Max was very bright and very stuck. His relationships did not work, his work felt like a grind, he had manic tendencies which were lurking at the edge of his event horizon, he did not know what to do. A friend of Max had had an amazing session with Ogtar, who was unusually good at giving people advice that seemed both appropriate and daring. Max’s friend recommended Ogtar to Max and they hit it off famously. It might have been the mutual affinity for strange dystopia comic books or perhaps some slightly kinky anime style. Whatever it was, it was just what the doctor ordered.

Ogtar helped Max unravel his troubled romantic life. Ogtar coached Max into ditching his job and getting one with fewer hours, one which was still challenging and did not have the values mismatch of development banking. Most importantly, Max could feel the danger of madness receding the longer he worked with Ogtar. The two of them talked philosophy daily.

One day Max cut an unusually large check to Ogtar. “I did not work this number of hours,” Ogtar protested.

“I calculated it in a different way,” replied Max. “It is what I would have been paid for that number of hours. I don’t have any good reason to compensate you less than I am paid.” And with this dangerous thinking a bit of a movement was born.

Of course the idea of equal compensation for people based on time is neither novel or new.  But the right combination of social media and interesting initial offerings, combined with existing well developed barter and peer to peer services and imakewhatumake.com was a huge hit.  Some doctors, nurses and nutritionists stepped in and provided health services for a fraction of their total work time to cover especially acute health needs.  Other trained professionals from plumbers to lawyers were quickly followed by a myriad of other workers.

There were offshoots, groups which took the name in a different and literal sense, in which cross training and extensive wiki-knowledge bases permitted people to share skills and physically manifest the same thing that someone else in the network could train them to do.

Designed to make it easy to take care of workers and project cooperators, the software naturally formed union like organizations which were short on rhetoric and long on organizing results. Soon imakewhatumake.com was banging on the doors of organizations which had historically treated their workers ill. 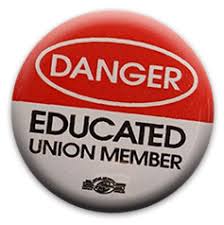