There was a time before the internet. Many of my younger friends have some difficulty believing this is true or at least understanding how it might work. There is a story i often tell about a particularly dramatic job offer i got and then arriving at work before i got my job offer by crossing the international dateline. To buy that airplane ticket, because there was no internet and because i was in a hurry, I went to the Sydney airport and walked around the ticket offices until i found the next flight out.

While it is inconceivable to consider how we would run small business these days without computers, but early in the life of Twin Oaks, the decision to computerize our businesses was internally quite contentious. These days we are regularly looking for ways to use software and hardware to reduce or simplify our human labor.

This year Twin Oaks Validation Day made the jump to automate the six creatures game. If you are unwilling to click through to these links, let me summarize these cultural constructs you are possibly unfamiliar with. One of the best parts of big complex full service communities like Twin Oaks is we get to completely redesign holidays. Valentines day is a horrifically flawed event, so we redesigned it. Specifically, we made it principally about affirmation (which can be given to everyone) and secondarily about romance. This helps make the event inter-generational and accessible to all. We create validation day cards, which are like love letters from many people sharing the same collage container.

While it hardly seems daring in the age of Tinder, the 6 creatures game is a way people who are attracted to each other to find each other without indicating their attractions. The way it used to work is the players would fill out ballots for which of 6 different types of dates you are looking for with the people on the ballots. The creatures/date types are:

After the ballots are all gathered a trusted member (named iron lips) finds all the matches and lets people know of only their matches. Iron Lips is selected because they are very good at keeping keeping secrets. This game has sparked quite a few new romantic relationships.

This year the person of Iron Lips was replaced by an app. The six creature ballots were never seen by anyone other than the people who wrote them, their shared matches were spit out and given to members who were excited to see what shared possibilities exist.

Validation Day at Twin Oaks is a mostly internal affair. Unlike some of our larger events (like Anniversary or New Years Eve) we don’t invite that many folks from outside to this event, because we prefer to know people better for this more intimate party. I think there were fewer than half a dozen non-Oakers at this event (if you also exclude the Acorners, ex-members, and the handful of East Winders who are currently helping out at Acorn.)

There were black lights, but we did not look like this.

The important piece of this party for me was that there was such a seamless range between kids and adults. This was helped significantly by the former member kids who joined our current group of teens and early 20s, many of whom are members. An ex-member pointed out that this was the first party she had seen where the kids really felt like it was their party too, like they were not just running through Tupelo, but were on the dance floor, with adults and other youth.

There are very few really integrated inter-generational parties. Think of the last time when 7- and 70-year olds were both on the dance floor enjoying themselves. I think many people have no experience of this. We are building the better party.

Validation Day is about new connections

Having lots of kids at the event did not dampen the energy of the adults, though I think it does make the adults somewhat more discreet about their amorous attractions. Members got their results from the 6 creatures game and many were excited to find out their (perhaps formerly secret) attractions were shared.

Another indicator that it was a positive event for the participants was that I could not get shuttles to Acorn filled. As is my way at these events, I ran around checking in with people about when they wanted to catch a ride home to Acorn. I checked at 11 PM, no one wanted to leave, I checked at midnight, another failure. At 1 AM a small car went home but it was not even full. Finally at 3 AM I was able to fill the 15 seat passenger van.

The party was not perfect. Unusually, it was held in Tupelo, which is a very large and somewhat rambling space, and the party had several focuses, which made the dance floor seem sparse for much of the night. The kissing booth was a bit too dark and too close to the dance floor, so this funological long lever was barely used.

But even with these minor design flaws, we were clearly doing something right. Participants were praising the event the next day, many having slept in from the late night of celebration. 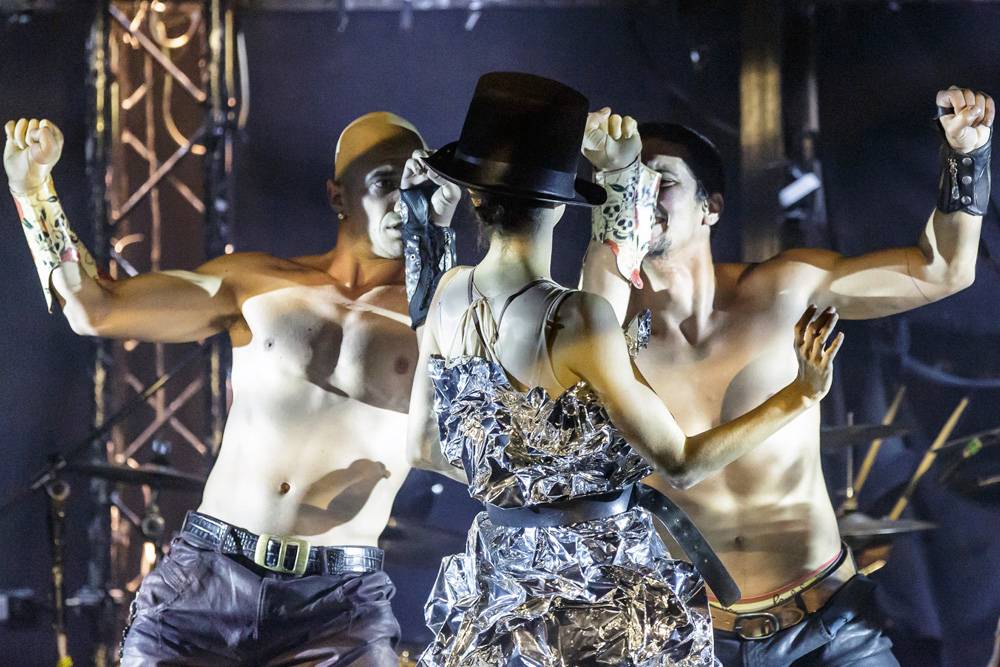 Ride home? No thanks