[Background:  The plannership is Twin Oaks highest executive position.  It is typically a planner who is the president of the corporation (who we dont give power to board officers usually).  Full planners serve 18 month staggered terms so each one will get at least 2 annual budget cycles in.  The planners are responsible for overall community budgeting and resolving conflicts between work areas.  The planners also shepherd the expulsion process should the community decide it wants to consider throwing a member out.  I am applying to be a stand in planner from August til December.]

My planner interview was not well attended.  The two planners came, and Piper, who is one of my bigger fans here on the commune.  It is unclear if my critics skipped the event because it was not especially well promoted (members did not get the famous “duck stamp” printed on their labor sheets, altering them to the community meeting) or because they are uninterested in engaging with me.  It could easily be both.  It was also complete in 50 minutes, which was wonderful.

Most of the questions were general ones, and some custom ones just for me appear at the end.  It was conducted in the Hammocks shop where Adder and i wove, while Sapphyre read the questions and took these very complete notes below (which i have tweaked only slightly).  To make this post more interesting, i have stolen a number of random photos of community life and included them.

Posted by for CPs

[The following questions were crafted specifically for me (as opposed to the general questions above) based on the input the planners got from the membership.  In this input 8 people commented favorably, 4 people had concerns or objections and 1 person was neutral in their evaluation. ]

20. You’re known to take off the farm for business and personal needs, and currently spend a significant portion of your time at Acorn. How do you think this lack of presence on the farm will affect your plannership? I think that what the planners will get is something like 3/4’s of a regular planner. Were there other people itching for this job, I would step out of the way. I think ¾ of planner is better than no other planner so I don’t feel bad about taking this spot. This concern is valid and I’ve already addressed my accessibility. 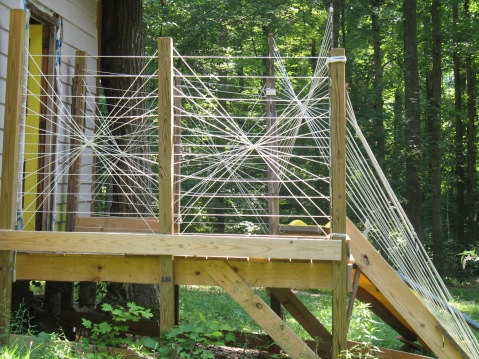 Micha’s rope work near Morningstar at the kids palace

21. Because of historical conflict or political difference, there are some members you tend not to be having face-to-face communication with. Will this affect your ability to meet the needs of these individuals? Yes. The last time I was planner there were people who did not want to meet with me. I was willing to meet but they weren’t. It is harder for them to get their needs met without face to face communication. I am willing to change the dynamic from my side but it is unclear to me if they are willing to change it from their side. Certainly I am willing to work with them though.

22. How would you address a members concerns that you may, as a planner, end up pushing items on your agenda too hard? I am not a planner by myself. If the other planners think I am pushing my agenda too hard I am confident that they will tell me to back off & I will respond favorably to their analysis.

The walls of Unicorn School have our kids names on them

23. Do you plan to abide by community policy during your plannership? Please address use of money and cmty resources, specifically as it relates to being a dual member. My modus operandi is that I operate inside cmty agreements and when I feel constrained by agreements I will ask for exceptions. Sometimes they are granted sometimes they do not. It is certainly that I ask for more than others. I do not think that asking for and being granted exceptions makes me outside of our agreements. I know from my conversations with some members that they disagree. As it is the cmty’s prerogative to say no and I abide by that. For example, I did not want my dual process and planner veto box having at the same time. I asked, I was told no & they are now happening at exactly the same time. And, on the flip side, I currently have access to the Acorn fleet as an acorn member. I use them for acorn cmty use as well as personal use. There are Oakers who feel that this isn’t fair that I have access to the fleet in ways that others oakers that don’t. There are oakers who are not dual members who are on acorn insurance and driving acorn cars. Are members upset with them as well? Another example is that while I was on PAL, I was granted the option to drive TO vehicles to fairs so that I could drive Hawina to fairs that she and I go to. There are people who don’t like this. I am one of the top fairs sales people. I was happy to do the work. I was unwilling to leave my PAL to come back to be a member for these very brief stints & Hawina doesn’t drive. I feel that this was a great deal for Twin Oaks. I didn’t drive myself around on vacation. I drove so that the community could make a bunch of money.

Piper, as only attendee, comments that she is very glad that Paxus has an agenda with the tofu expansion. They need better equipment to take care of their bodies. About this egalitarian thing that we were just talking about – there was a time that cmty took a survey of how happy each member vs how happy the cmty was as a whole. The result was that most people were personally very happy but that the cmty was not very happy/fulfilled. Piper thinks that something like this is going on now with this egalitarian thing. No one individual feels shorthanded by Pax’s exceptions but that they think that others are impacted despite no one saying so. Piper wishes it was a non issue. One thing not in questions is that it is also important that Pax’s is anti nuclear in every way possible without damaging twin oaks. Piper is very grateful that Pax fits this in without it creating any damage to the communities name and reputation. Gives her extra confidence that he will look out for our best interests 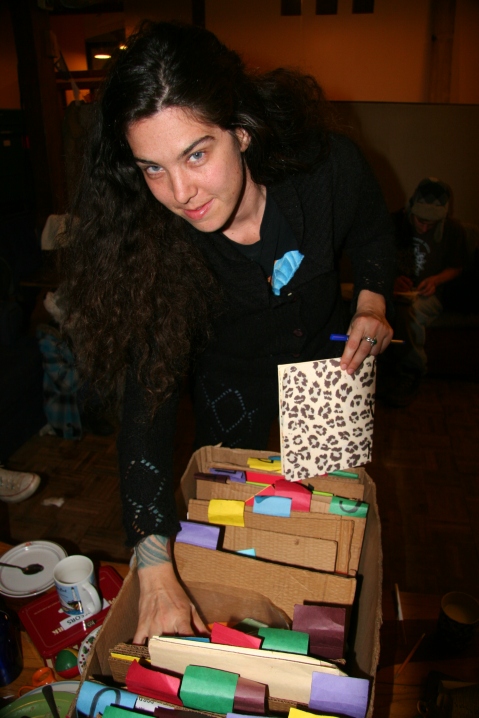