The death of the “realists”

Today the last of the 54 reactors in Japan shut down.  This is more for cultural reasons than technical reasons.  Most of these reactors are fully able to operate, at least two of them have passed the government stress tests and have all the needed government approvals.  Japan has long used and informal “consensus” process in which local mayors and governments have a voice in the decision making process.  Before the Fukushima triple meltdown, local governments generally saw nuclear utilities are the sources of jobs and tax revenues.  There was some anti-nuclear protest activity in Japan, but the “realists” won the day.  Japan has very little indigenous fossil fuel production and it has a high energy per capita appetite ranked 28th of 190 countries.   Japan is one of the largest renewable energy producers in the world, ranked at 9 over all. 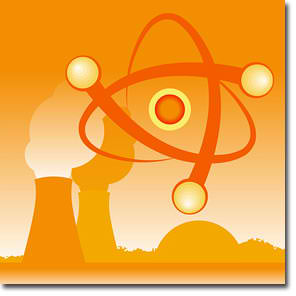 After Fukushima everything changed.  When reactors went down for their periodic refueling, local government, despite intense pressure from the federal government, were unwilling to give the green light needed for restart.  And despite the fact that legally these reactors could restart, culture proved stronger than economics.  The Japanese press is filled with claims that closing these reactors will result in black outs and economic depression for the country.  The people did not care, they did not want these reactors to restart and surprisingly to people watching from outside the country, these “realist” arguments did not sway local governments as they once did.

Along with France, Japan dominates nuclear construction worldwide.  Toshiba has purchased Westinghouse’s nuclear division, Hitachi purchased a controlling interest in General Electric’s nuclear division.  The US has no indigenous nuclear construction capacity anymore.  Imagine for a minute you are a nuclear engineer working in a country where the prospects of new nuclear construction are nearly zero (since it is much cheaper and easier to restart a closed reactor then it is to build a new one).  Would you stick around and hope to collect a pension one day, or would you think about a new career?  The best and the brightest will quite likely leave.  This leaves those incapable of change running some of the most dangerous technology in the world.

i name my months.  i get that this is a bit odd.  And it gives me the chance to celebrate extraordinary events, like children of my friends being born or honor heroes passing (had he died earlier April, i might have called April “Bye Ernest” after recently passed Ernest Callenbach who wrote the visionary novel Ecotopia).  It also allows me to label history at least to me.

May 2012 will be “Nuclear Free Japan”.  This is a “slam dunk” as predictions go, since we have known for a while that 53 of the 54 reactors were closed down and the last would close on May 5th.  It has become clear in the last few weeks that the efforts of the central government to rush the restart the Ohi reactors (the only ones to make it thru the new Stress Tests) were meeting too significant resistance to make the May 5th deadline, despite the governments strong desire to now show Japan can function without reactors.

There are a myriad of questions surrounding this situation.  Will there be black outs in a Japan short 30% of its generating capacity?  [My guess is no] Will the government break with the long standing “consensus” decision making process to force reactors to restart?  [Historically local communities can block restarts over the will of the utility or the central government.]  Will Japan institute mandatory conservation measures like the did last year and save dozens of reactors worth of power? [This seems likely] Will Japan use mostly fossil fuels to meet the demand left by the shuttered reactors?

Let’s work together to make more countries nuclear free and celebrate May 5th as the beginning of the end of the nuclear age.