There are a bunch of bio’s about me out there.  My personal fav is:

Paxus Calta was abandoned by his wolf parents and raised by liberals in the suburbs of Boston. He has hitchhiked on sailboats across the Pacific, danced atop Russian tanks before Yeltsin made it fashionable, smuggled Tibetan monks across the Himalayas, worked on the North Slope of Alaska for a nasty oil company. He also worked on an ocean engineering project in Hawaii that laid power cable on the ocean floor and dispatched submarines. For 7 years he fought nuclear power plants in eastern Europe. He taught a class on how to design revolutions at an alternative high school. Calta identifies as an anarchist, a polyamorist, a memeticist and a funologist.  He has been arrested for crimes of conscience in 12 countries on three continents and is one of two dads of Willow Falcon Star born on Valentines Day 2002. He suffers from terminal immodesty and an inflamed funny bone. He has lived at Twin Oaks Community for 15 years.  In 2013 he became a dual member with Acorn Community.

[For the record, only the first sentence of this bio is fictitious] 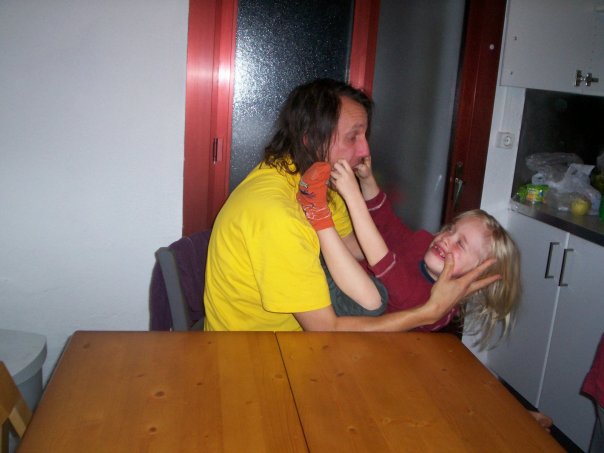 be a dad if you can

One of the more comprehensive (tho not objective) bios is the one which was rejected by wikipedia it begins with:

Paxus Calta is a memeticist, funologist, political activist and festival organizer living in the United States. Calta attained some prominence beginning in the 1980s as an anti-nuclear power campaigner in eastern Europe and the U.S. He is a member of Twin Oaks Community in Virginia, in the southeast U.S., where he has lived since 1998, and is also an active proponent of polyamory, the idea that consenting adults can honestly practice multiple simultaneous romantic relationships.
In 2004, he wrote a chapter of the book The Impossible Will Take a Little While (compiled by Paul Rogat Loeb, in which he detailed a successful campaign to overthrow the Bulgarian government launched by an 18-year old [1]. He remains active in contemporary movements against nuclear power and in memetic design.
He continues to develop the quasi-science of funologist and advocate for transparency games.

For me the three rules of organizing are:

Recent Posts: your passport to complaining

Workshops at the Communities Conference

It’s time to get arrested