“i imagine it is pretty hard for a monogamous identified person to find a partner at your community.” Chatted Twiggy, a curious communities conference participant to me today.  She was equating the high visibility of polyamorous Oakers in her conference experience with a correspondingly small fraction of people who are looking for a single romantic partner.  Twiggy was surprised when i told her that over 60% of the community identified as monogamous. [Update Feb 2015:  My estimate is that this has now flopped and 70% of the membership at Twin Oaks is non-monogamous.  There are lots of theories as to why.]

But the thing which spun her around more was the idea that sexual identity preference was often a secondary consideration in relationships on the commune.  “If you are open to Holiday Agreements, the fraction of eligible partners goes even higher.”  Twiggy had not heard of this type of agreement.

Holiday agreements are those which relax intimacy restrictions on romantically exclusive relationships for special events like New Years Eve or Validation Day.  A classic holiday agreement would be that it is okay for you to kiss or make out with someone (who is not your primary partner) at one of these events, where your normal committed relationship agreements would not condone this type of behavior.  It is pretty common for people here in exclusive relationships to open their experiences up a bit around the holidays.

More important than holiday agreements in terms of peoples behavior is the communes effect on peoples sexual identities.  One tends to fall in love with the people who are here, despite your original preferences or orientation.  So we have a surprising number of lesbians who start having romantic relationships with men here.  People who thought they were poly find their true love only wants one partner and thus shift to being monogamous to make the relationship work.  And the most tricky of all, is someone who thought they were monogamous is attracted to someone who is poly and they decide they want to try this relationship model, because they are excited about this partner. 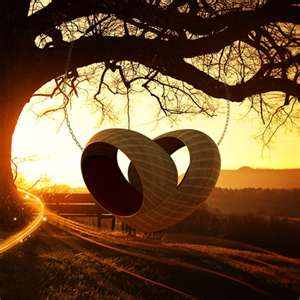 This last configuration is the most common train wreck.  Lesbians often know the trouble they are getting into when they get involved with men.  Poly folks generally know what they are giving up when they chose and exclusive agreement.  But folks who are coming from a monogamous background often cant imagine the emotional trouble they are embracing when they get into open relationships.  The philosophical case is compelling.  You care for this person, they are made happy by their romance with this other person, you want them to be happy, thus you should be excited about their other attractions?  Wrong.  Some combination of our enculturation and our reptilian brain makes jealousy often triumph over reason in these circumstances.

But Twiggys hopes were dashed when i started talking about the acidic effect of the community on couples who come to the community together.  In my almost 15 years here, only two couples who arrived together have survived.  Mala and Ezra, Marta and Roberto and Hawina and myself.  Some couples, like the Lloyds depicted on the cover of the 1999 Washington Post Magazine article about us, leave the community to prevent other relationship from interfering with their committed relationship.

Came and stayed together – were loopy when they got here Ez, Mala and Samir

It is understandable on some level.  Twin Oaks is a very easy place to start a new romance, or even to just explore an attraction.  In the mainstream for most people work dominates your life.  For most people this means that a fairly small set of consistent people are in your direct experience or you have many short interactions with people who you don’t really connect deeply with.  Here we have all manner of opportunity to meet and fall in love with someone.  The flexible work schedule is ideal for spending more time with someone who you are excited about being with.  The constant influx of unusual people (and people looking for community are often thoughtful or exotic personalities) provides many distractions to the romantic imagination.  Even if your existing relationship is satisfying, the communes parade of enchanting personalities will make most people seek at least new friendships if not new romances.